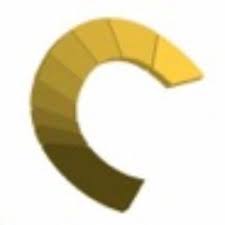 Candelaria Mining Corp. (TSX-V:CAND) (OTC PINK:CDELF) is pleased to announce that it has closed a US$9 million medium term loan facility with Accendo Banco, S.A. Funds advanced under the facility will be used for financing construction of the Company’s Pinos project and working capital purposes.

The loan facility will be secured against the assets of the Company and its subsidiaries, will bear interest at 13% per annum, and have a term of 60 months from the initial draw date.  Candelaria may draw US$1.5 million upon execution of the Facility, with the balance to be made available on completion of final loan documentation.

In connection with the loan facility, Accendo will receive a cash fee from the Company of 2% of the amount of the Loan Facility, as well as 18 million non-transferable share purchase warrants. Each Bonus Warrant will entitle Accendo to purchase one common share of the Company at a price of C$0.11 per share for a period of 60 months.

Curtis Turner, CEO commented, “Candelaria is pleased to have reached agreement with a lender such as Accendo Banco for a project loan facility. This announcement represents a major catalyst in providing substantial economic development for the municipality of Pinos, Zacatecas in Mexico. The Facility also provides key features sought by Candelaria through its solicitation process: a simple debt instrument with limited financial covenants, including a flexible structure allowing for early drawdown and pre-payment of principal. Accendo’s in-depth knowledge of the Pinos project is expected to result in an expedited timeline to Closing.”

Accendo is a registered full-service bank under the laws of Mexico.

Closing of the loan facility transaction is subject to exchange approval and completion of final documentation.