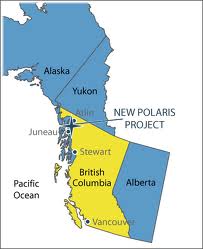 If the Company determines that the proposed transaction with Pan American is not in the best interests of its shareholders and does not enter into a definitive agreement with Pan American by June 30, 2014, the Company plans to incur expenditures of at least $350,000 for exploration on its core existing projects during 2014. The Company expects that this will satisfy the TSX requirement with respect to property expenditures.

Canarc is a growth-oriented, gold exploration and mining company listed on the TSX (CCM) and the OTC-BB (CRCUF). The Company is currently seeking a partner to advance its core asset, the 1.1 million oz, high grade, underground, New Polaris gold mine project in British Columbia, to feasibility. Canarc is also seeking to acquire an operating or pre-production gold mine in the Americas.