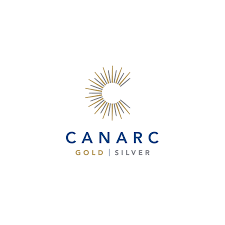 An accomplished investor in the global resource sector became the ultimate owner of all the FT Shares issued in the Offering, other than 528,000 FT Shares, which were subscribed for by a Director of Canarc.

Scott Eldridge, Canarc’s CEO, stated: “We are pleased to have completed this financing and we look forward to conducting further exploration work on our newly acquired Canadian projects. In particular, our Hard Cash and Princeton gold projects have district-scale gold discovery potential where field work is currently underway on both projects.”

Canarc will use the proceeds from the Offering to fund its exploration projects in Canada, including the Princeton and Hard Cash properties. In accordance with applicable Canadian securities laws, the FT Shares will be subject to a four month hold period expiring on November 24, 2019.

After the closing of the Offering, 242,085,000 common shares of the Company are outstanding.

In connection with the Offering, the company paid cash finders’ fees to BlackBridge Capital Management Corp. of $91,440 and also issued them 1.508 million non-transferable finder’s warrants, with each finder’s warrant being exercisable to acquire one common share of the company at an exercise price of $0.06 cents until July 23, 2021.