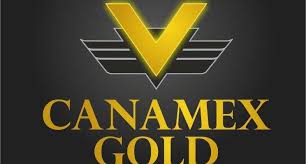 Canamex Gold Corp. (TSX-V: CSQ) (OTCBB: CNMXF) (FSE: CX6) is pleased to announce the positive results of the Updated Preliminary Economic Assessment on the 100% owned Bruner Gold Development Project, located in Nye County, Nevada. The PEA was prepared by Welsh Hagen Associates of Reno, Nevada in accordance with the requirements of Canadian National Instrument 43-101 “Standards of Disclosure for Mineral Projects”.

Highlights of the Updated PEA

Greg Hahn, President and Chief Operating Officer of the Company stated: “Completion of this updated PEA significantly advances the Bruner Gold Project. This updated PEA extends the life of the conceptual mine life from six to eight years and adds 93,000 ounces of indicated resources of gold and 826,000 ounces of indicated resources of silver to the resources referenced in the previous 2016 PEA. It also tightens the capital and operating cost estimates by reference to recently experienced actual costs on another gold development project in Nevada. I believe we will be able to move the Bruner Gold Project forward into permitting and development on the strength of this positive PEA. The project includes the fundamental elements we consider important to investors when building a mine, including low capital and operating costs, and an attractive rate of return in the current price environment. We can now move ahead with permitting and engineering the project for development.”

The Company cautions that the PEA is preliminary in nature in that it includes some Inferred Mineral Resources which are considered too speculative geologically to have the economic considerations applied to them that would enable them to be characterized as mineral reserves, and there is no certainty that the PEA will be realized. Mineral resources that are not mineral reserves do not have demonstrated economic viability. Dollar references are in US dollars. The exchange rate used is 1.27 CAD to USD.

The PEA base case uses a gold price of $1,280/oz. and generates an after-tax net present value (NPV5) of $US 69.6 million, after-tax IRR of 31.0%, and an average annual after-tax net cash flow from operations of $US 14.4 million for the ten years of gold recovery. The PEA results are disclosed on an after-tax basis, and take into account the Nevada Net Proceeds Tax, and federal and state income taxes after allowance for accelerated depreciation of initial and sustaining capital, and depletion allowance, but without allowance for depreciation of capital investment to date. Project break-even (nil IRR) is reached at a gold price of $US 958/oz, although the first two years of operation have a break-even gold price of $849/oz. The mine production schedule is developed such that a decision whether to proceed with the higher cost Penelas pit development can be made based upon prevailing gold price at the time, after the first two years of production and payback of initial capital, and sufficient net cash flow is generated to pay for the pre-stripping of the Penelas deposit.

The Bruner Gold Project PEA was prepared as an open pit mining project. Contractor mining is assumed, using an average of current contractor mining rates for similar sized projects in Nevada. There is considerable room for improvement of the unit mining costs by properly engineering and quantifying haul road distances and grades and considering owner operated mining in further studies. Material grading greater than 0.192 gpt gold will be crushed in a single stage jaw crusher and conveyed onto the leach pad. Material grading between 0.117 and 0.192 gpt gold will be truck dumped on the leach pad and leached run-of-mine (ROM). Crushed material will be processed at a rate of approximately 7500 tonnes per day and conveyed onto a conventional heap leach pad, with solution reporting to an adsorption-desorption recovery (ADR) carbon plant producing a gold-silver doré product. Recoveries used in the PEA include 90% on gold for single-stage crushed material, 75% on gold for ROM material, and only 10% on silver for all material processed. Doré will be approximately 50:50 gold and silver. Over the mine life, production will total approximately 21.755 million tonnes of material at a gold grade of 0.56 gpt for a total payable of 349,300 oz. of gold and 363,400 ounces of silver. Leached material will require 2 lbs/ton lime for pH adjustment and 0.2 lbs/ton sodium cyanide consumption. The conceptual production schedule is as follows:

Note: Numbers in the table have been rounded to reflect the accuracy of the estimate and may not sum due to rounding.

Initial capital is estimated at $US 37.81 million, including $US 4.8 million for contingencies, but not including $US 8.1 million in reclamation expenses, or $US 6.8 million for working capital. Additional capital expenses such as a heap leach pad expansion and pre-stripping of the Penelas pit bring the total LOM capital required to $US 51.8 million. The PEA assumes contractor mining with the contractor providing all mining equipment, maintenance, fuel and explosives. Operating costs were estimated based on process design criteria, current contractor mining rates at similar sized projects in Nevada, grid power available from NV Energy’s 60Kv line located in Gabbs. All costs are in Q4 2017 dollars. Average cash costs are $577/oz. for the first two years of operation and $872/oz, thereafter. Break-even gold prices are $849/oz and $1012/oz respectively, or $958/oz life-of-mine.

Note 2: All-in cost is calculated by dividing the sum of all capital, operating, and royalty and reclamation costs by total ounces produced.

The Bruner Project in Nye County, Central Nevada, is located on both patented lands and on public lands managed by the Bureau of Land Management Carson City Office. The BLM and the Nevada Division of Environmental Protection will be the primary regulatory agencies responsible for ensuring environmental protection as the Bruner Project progresses through permitting and approval processes.

While the project manager has had preliminary discussions with both agencies regarding an initial mine development plan on the project, formal Mining Plans of Operations have not been submitted yet, and baseline studies to support permit applications have not yet commenced. The Company expects that baseline studies to support an Environmental Assessment will commence in the spring of 2018, and permit applications will be prepared during 2018. All other applicable State and Local permits will also be applied for in due course. It is anticipated that permitting for the project will take approximately 18 months to complete. The Company has already secured approval from the State of Nevada for adequate water rights necessary to conduct mining activities. The approved water rights will be sufficient for life-of-mine operations.

The NI 43-101 compliant resource estimate included in the PEA was performed by Randy Martin, SME-RM and is built upon prior work in 2015 by William Tanaka, FAusIMM and by Randy Martin, SME-RM as part of the 2016 original PEA, and is comprised only of gold resources that fall within the boundaries of conceptual pits with engineered ramps and smoothed walls. Grade models for all three resource areas HRA, Penelas, and Paymaster were all re-created to reflect additional drilling completed in all three areas since the original PEA in 2016. The Resource has been updated to reflect the additional drilling and refinements in relevant economic parameters.

The Company believes there are opportunities to further improve the economics of the Bruner Gold Project through continued exploration, refinement of the resource model using deterministic constraints, reductions in mining costs through detailed engineering and owner operated mining, further drilling within gaps in the data in the Penelas pit area, and possible pre-split blasting to increase pit slopes and minimize waste mining, and potential increases in silver extraction through further metallurgical testing. Metallurgical test work will continue during the feasibility and permitting progresses.

WHA recommends the following work based on the positive results of the PEA:

This recommended work program is expected to cost approximately US$3.5 million.

John Welsh, P.E., Rusty Hufford, P.E. (SME-RM), Carl Nesbitt, (SME-RM), Doug Willis (CPG) and Randy Martin (SME-RM) are the Qualified Persons as defined under NI 43-101 representing Welsh Hagen Associates and have reviewed the contents of this press release for accuracy of the technical and economic information presented. The report titled “NI 43-101 Technical Report on the Bruner Gold Project Updated Preliminary Economic Assessment, Nye County, Nevada, USA” with an effective date of December 26, 2017 has been prepared by Welsh Hagen Associates, an independent geological consulting firm with a local office in Reno, Nevada. This report will be available on SEDAR (www.sedar.com) within 45 days.

The technical contents of this news release have been reviewed and approved by Gregory A. Hahn, President and COO of Canamex Gold Corporation, CPG#7122, a Qualified Person as defined by Canadian Securities Administrator National Instrument 43-101 “Standards of Disclosure for Mineral Projects”.

Canamex Gold Corp. is engaged in fast-tracking toward development of the Bruner Gold Development Project in the prolific gold jurisdiction of Nye County, Nevada. The region is home to several producing and past-producing mines along the Walker Lane Trend. Canamex completed a positive Preliminary Economic Assessment (PEA) on the Bruner Gold Development Project in 2016. Based on additional drilling conducted on the property, the company completed an updated PEA in 2018, which significantly advances the project. The after-tax net present value at 5% discount rate is $US 69.6 million ($CAD 88.4 million) or $CAD 1.44 per share (based on 61,365,676 shares currently on issue). Canamex is now moving the Bruner Gold Project forward into permitting and development on the strength of this positive updated PEA. The second asset is the Silverton Gold property, a gold exploration project, in Nevada, which has geological similarities to the Long Canyon gold deposit in Nevada, being mined by Newmont Mining. Canamex has signed Agreements with Harmonychain AS, for Ethereum Blockchain Smart Contract Tokens for Gold and Silver, as an alternative means of raising capital, potentially without equity dilution. The Agreements secure the exclusive rights to 6 Ethereum Token domain names, ticker codes, and associated smart contracts, for Gold and Silver, if any of them have been successfully completed by 31st December 2018.