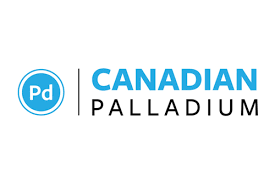 Wayne Tisdale, Canadian Palladium’s CEO, commented, “With a mineralized zone of almost 3 kilometres, and palladium prices at an all-time high, East Bull continues to provide us with excellent results. Additionally, we are awaiting our rhodium results, and with rhodium currently over $26,000 per ounce, rhodium will be the second most important contributor to PdEq at East Bull after Pd itself.”

Mineralized intervals from holes EB-20-48 to EB-21-50 are reported in Table 1. Appendix 1 provides details of hole locations and orientations. Figure 1 shows the locations of the drill holes.

The Company’s protocol is to analyze Rh after initially assaying for palladium, platinum and gold. Once Rh results are received, the Rh concentrations will be reported and Rh will be included as a component of 3PGM (palladium+platinum+rhodium) and included in calculations of palladium equivalent (PdEq).

The Company’s drill program has been paused for two to three weeks to accommodate spring break-up. Samples have been submitted for analysis and assays are pending for EB-21-51 to EB-21-57. The Palladium mineralization is hosted within a 45° north dipping vari-textured gabbro unit near the basal contact of the East Bull Gabbro. Drilling has successfully focused on testing the downdip extension of this “contact-type” mineralization. Such mineralization structures are typically tens of metres thick.

Mr. Garry Clark, P. Geo., of Clark Exploration Consulting, is the “Qualified Person” as defined in NI 43-101, who has reviewed and approved the technical content in this press release. 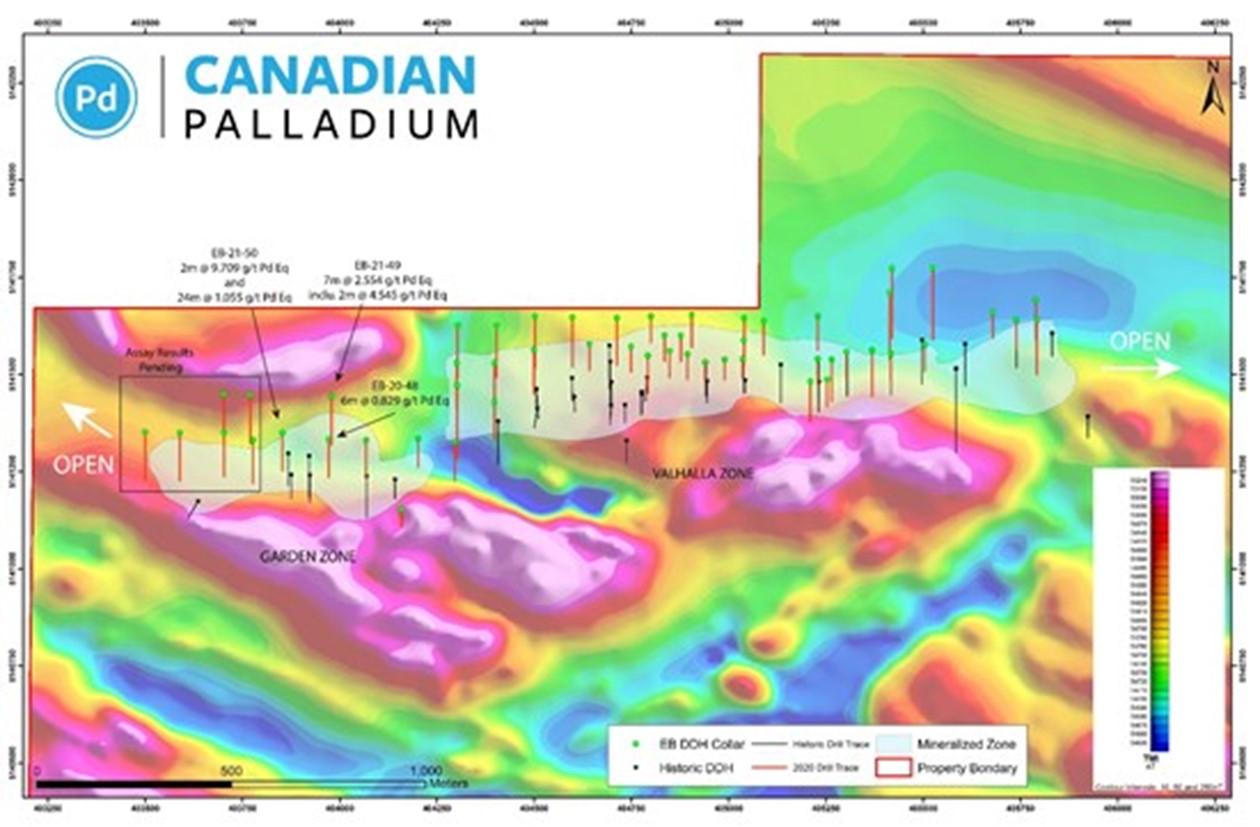