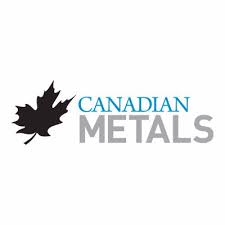 Canadian Metals Inc. (CSE: CME) is pleased to announce that it has completed a non-brokered private placement, pursuant to which it has issued an aggregate of 25,350,000 units at a price of $0.08 per Unit for gross proceeds of $2,028,000.

The Corporation paid finder fee of $83,140 in cash and issued 1,039,500 non-transferable Finder’s warrants entitling the holder thereof to purchase one Share at an exercise price of $0.15 per Share until the Warrant Expiry Date.

The proceeds of the Private Placement will be used for general working capital.

Mr. Stéphane Leblanc, President & CEO, stated that “From existing cash, two private placements and the restructuring of the debentures, the company now has liquidity in excess of C$2,500,000. CME also has positive cash flows from the Langis Property which is being mined by MIQ at an annual rate of about C$300,000 per year. At the same time, the company strengthened its board with the addition of Yves Rougerie And Patrick Moryoussef and made transformations in its management team with hiring Beat Frei VP Development & Project Finance. I believe that this new fundament will allow the company to aggressively pursue a growth strategy in exploration and mining while continuing improving the existing silicon metals project on a Co2 neutral basis”

Prior to the issuance of the Units, Victor Cantore, a shareholder of the Corporation held 1,804,837 Shares. Following completion of the Private Placement, Mr. Cantore now has control and direction over an aggregate of 3,804,837 Shares and convertible securities exercisable to acquire 2,550,000 Shares. If the convertible securities held by Mr. Cantore are fully exercised, Mr. Cantore would own 13.61% of the issued and outstanding Shares on a partially-diluted basis.

Following completion of the Private Placement, Beat Frei, the VP Development & Project Finance of the Corporation, directly and indirectly held 2,580,000 Shares. Following completion of the Private Placement, Mr. Frei now has control and direction over an aggregate of 4,580,000 Shares and convertible securities exercisable to acquire 3,668,750 Shares. If the convertible securities held by Mr. Frei are fully exercised, Mr. Frei would own 16.52% of the issued and outstanding Shares on a partially-diluted basis.

This portion of this news release is issued pursuant to National Instrument 62-103 – The Early Warning System and Related Take-Over Bid and Insider Reporting Issues of the Canadian Securities Administrators, which also requires an early warning report to be filed with the applicable securities regulators containing additional information with respect to the foregoing matters. A copy of the early warning report filed by Mr. Cantore and Mr. Frei in connection with completion of the Private Placement is available under the Corporation’s profile on SEDAR (www.sedar.com).

Canadian Metals is a diversified resource company focused on creating shareholder value through the development of large-scale mineral deposits in specific commodities and safe jurisdictions.