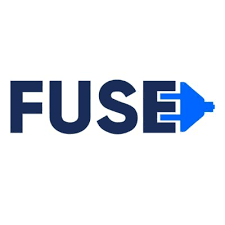 Fuse Cobalt Inc. (TSX-V: FUSE), (OTC: FUSEF), (FRA: 43W3) is pleased to announce that on December 22 2020, the government of Canada and the government of Ontario announced a joint $10-million investment in the First Cobalt Corp. refinery in Cobalt Ontario. Significantly, this refinery is located approximately 1500 m west of Fuse Cobalt’s cobalt mineral exploration property and inside the historic silver-cobalt producing region of Ontario.

Furthermore, on Jan 12, 2021, First Cobalt also finalized a new supply arrangement with Glencore plc (LSE: GLEN) along with a tentative pact with a unit of China Molybdenum Ltd, in which First Cobalt will receive 4,500 tonnes of cobalt hydroxide per year from the Democratic Republic of the Congo for use in its northern Ontario refinery beginning in 2022. This supply contract is significant for the region because it will assist the refinery to become fully operational, and once completed, it will be North America’s only producer of cobalt sulfate for the electric vehicle (EV) market.

Robert Setter comments, “Fuse has an offtake arrangement in place with Glencore Canada which we have mentioned many times in past news releases and public disclosure. Now that our neighbor appears to have a cobalt refinery just steps away from our mineral exploration properties, this can make the economics of cobalt refining significantly better for Fuse in the long run. We are happy for this key development in the area, and the advantage it offers to all cobalt explorers in the region.”

The $10 million investment will help accelerate the commissioning and expansion of the facility. The refinery is a hydrometallurgical cobalt refinery that was permitted in 1996 with a nominal throughput of 12 tonnes per day and operated intermittently until 2015, producing cobalt, nickel, and silver products. In May 2020, the company completed an engineering study that confirmed the refinery’s suitability to treat cobalt hydroxide at an expanded throughput of 55 tonnes per day to produce a high-purity, battery grade cobalt sulphate. Today, approximately 80 per cent of global supply comes from China and there is no production in North America.

Importantly, cobalt prices have started the year strongly, with Benchmark Mineral Intelligence saying the market was underpinned by strong fundamentals and tipping a “marginal deficit” by late 2021. Across all end markets, Benchmark Mineral Intelligence forecasts that cobalt demand will increase by 15 to 20 percent year-on-year, with the majority of this driven by the battery sector.

The Glencore Bucke Property consists of two patented mining claims totaling approximately 16.2 ha in area located on the west boundary of Fuse’s Teledyne Cobalt Project. In 1981, Teledyne leased mining claim 585 (“Glencore Bucke Property”) from Falconbridge Nickel Mines Ltd. The company recognized the significant exploration potential that the Property had due to the possible southern extensions of the Cobalt Contact veins on mining claim T43819 that projected southward onto the Property. In the fall of 2017, Fuse completed 21 diamond drill holes totaling 1,913.50 m at Glencore Bucke in a first phase of drilling designed to confirm and extend the existing known mineralized zones on the property. The program tested the Main Zone for a strike length of approximately 55 m and the Northwest Zone for a strike length of approximately 45 m.

In 2018, Fuse completed 24 diamond drill holes totaling 2,559 m in phase II at Glencore Bucke which successfully intersected mineralized zones along strike and vertically above and below previous intersections reported in 2017 on the Main and Northwest Zones. The Phase 2 program also tested several outlying targets with drill hole GB18-41 aimed at testing for mineralization at depth beneath a historical trench which intersected anomalous cobalt mineralization. Cobalt, zinc, silver and copper were present. Not all holes were released, with holes GB18-31 through to GB18-40 to be announced in a soon to be released NI 43-101 report nearing completion.

Past Cobalt Mining and Production

The Glencore Bucke Property adjoins the Agaunico Property on the northeast corner. From 1905 through to 1961, the Agaunico Mine produced a total of 4,350,000 lbs. of cobalt, and 980,000 oz of silver (Cunningham-Dunlop, 1979). The amount of cobalt produced from the Agaunico Mine is greater than that of any other mine in the Cobalt Mining Camp. Production ceased in 1961 due to depressed Co prices and over-supply (Thomson, 1964).

A significant portion of the cobalt that was produced at the Agaunico Mine was located along structures (Vein #15) that extended southward towards the northern boundary of the Teledyne Cobalt Property, currently 100% owned by FUSE. Mineralization was generally located within 125 ft (38.1 m) above the Huronian/Archean unconformity. Stoping widths of up to 50 ft (15.2 m) were not unusual at the Agaunico Mine (Cunningham-Dunlop, 1979).

The technical content of this news release has been reviewed and approved by Joerg Kleinboeck, P.Geo., an independent consulting geologist and a qualified person as defined in NI 43-101.

Fuse Cobalt Inc. is a Canadian based exploration company that trades under the symbol FUSE on the TSX Venture Exchange. The Company’s focus is on exploration for high value metals required for the manufacturing of batteries.

Ontario Cobalt Properties: Fuse owns a 100% interest its Glencore Bucke Property, situated in Bucke Township, 6 km east-northeast of Cobalt, Ontario, subject to a back-in provision, production royalty and off-take agreement. The Glencore Bucke Property consists of 16.2 hectares and sits along the west boundary of Fuse’s Teledyne Cobalt Project. The Company also owns a 100% interest, subject to a royalty, in the Teledyne Project which consists of 785 hectares of land and is also located near Cobalt, Ontario. The Teledyne Property adjoins the south and west boundaries of claims that hosted the Agaunico Mine, a former producer of both silver and cobalt.

Nevada Lithium Project consists of 100 placer claims covering 2000 acres (809 hectares) at Teels Marsh, Nevada. The property, called Teels Marsh West is highly prospective for Lithium brines and is located approximately 48 miles northwest of Clayton Valley and the Rockwood Lithium Mine, North America’s only producing brine-based Lithium mine supporting lithium production since 1967. Access to Teels Marsh is via dirt road, west of Highway 95 and northwest of Highway 360. Teels Marsh West is a 100% owned without any royalties, located on the western part of a large evaporation pond, or playa (also known as a salar). Structural analysis reveals that Teels Marsh is bounded by faults and is tectonically active. Tectonic activities supply additional local permeability that could be provided by the faults that bound the graben and sub-basins.