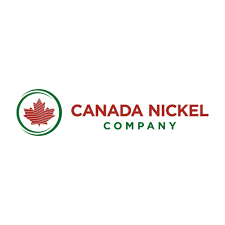 Mark Selby, Chair & CEO of Canada Nickel commented “With the completion of this financing which was upsized by 80% to $4.4 million despite challenging market conditions, Canada Nickel is well positioned to advance its Crawford Nickel-Cobalt sulphide project. We appreciate the support from our existing investors and welcome a number of new investors to Canada Nickel.”

The Offering was led by PI Financial Corp. on behalf of a syndicate of agents that included Red Cloud Securities Inc. and Haywood Securities Inc. In consideration for their services, the Company paid the Agents a cash commission equal to 6.0% of the number of Units, FT Units and Flow Though Shares sold under the Offering. In addition, the Company issued to the Agents non-transferable compensation warrants, entitling the Agents to purchase that number of common shares of the Company equal to 6.0% of the number of Units, Flow-Through Shares and FT Units, respectively, issued by the Company under the Offering. The Agents are working with a charitable promoter in respect of the sale of the FT Units.

The net proceeds from the sale of the Units will be used by the Company to fund advancement of the Company’s Crawford Nickel-Cobalt Sulphide Discovery and for general working capital purposes. The gross proceeds from the sale of the FT Shares and FT Units will be used to incur “Canadian exploration expenses” that qualify as “flow-through mining expenditures” (as both terms are defined in the Tax Act) related to the Company’s projects in Ontario. The Qualifying Expenditures will be renounced to the subscribers with an effective date no later than December 31, 2020, in the aggregate amount of not less than the total amount of the gross proceeds raised from the issue of FT Shares and the portion of the aggregate issue price for the FT Units that is allocable to the FT Unit Shares.

All securities issued under the Offering will be subject to a hold period expiring four months and one day which will expire September 6, 2020. The Offering is subject to final acceptance of the TSX Venture Exchange. The securities offered have not been registered under the U.S. Securities Act of 1933, as amended, and may not be offered or sold in the United States absent registration or an applicable exemption from the registration requirements. This press release shall not constitute an offer to sell or the solicitation of an offer to buy nor shall there be any sale of the securities in any State in which such offer, solicitation or sale would be unlawful.

Neither the Exchange nor its Regulation Services Provider (as that term is defined in the policies of the Exchange) accepts responsibility for the adequacy or accuracy of this release.

Canada Nickel Company Inc. is advancing the next generation of nickel-cobalt sulphide projects to deliver nickel and cobalt required to feed the high growth electric vehicle and stainless steel markets.  Canada Nickel provides investors with leverage to nickel and cobalt with low political risk. Canada Nickel is currently anchored by its 100% owned flagship Crawford Nickel-Cobalt project in the heart of the prolific Timmins-Cochrane mining camp.