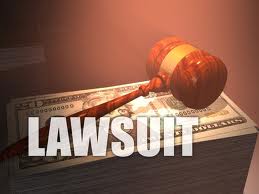 Callinan Royalties Corporation (TSXV: CAA) reports that it has provided the required 30 day notice of recommencing litigation to Hudson Bay Mining & Smelting Co., Limited a wholly-owned subsidiary of Hudbay Minerals Inc. as provided under the standstill agreement referenced below.

In the law suit, which was commenced in 2007 in the Manitoba Court of Queen’s Bench, Callinan alleged that Hudbay had not properly accounted to Callinan for the Net Profits Interest under the Net Profits Interest and Royalty agreement with Hudbay dated January 1, 1988. The agreement covers past and present mining areas that include Hudbay’s flagship 777 mine, currently in production, as well as the 777 North mine, which recently commenced production.

The law suit was prolonged while Callinan pursued an application against Deloitte & Touche, LLP Hudbay’s auditor for production of Deloitte’s working papers prepared in connection with Deloitte’s annual audit of the NPI and opinion to the effect that the NPI had been properly calculated. Although the application did not initially succeed, Callinan prevailed on appeal and production of the working papers was ordered by the Manitoba court.

Under the standstill agreement, Callinan initially planned to audit the NPI calculations for four selected years, namely 1993, 2003, 2004 and 2007. Callinan retained Grant Thornton LLP to conduct the independent audit. Hudbay agreed to cooperate with the auditors and to supply all available documents reasonably requested for the audit.

In return, Callinan had agreed to hold the law suit in abeyance during the conduct of the audit while retaining the right at its sole discretion to terminate the audit and proceed with the law suit on reasonable notice in writing to Hudbay of not less than 30 days.

On February 26, 2013, Callinan reported that the independent audit by Grant Thornton of the NPI calculations could not be completed as planned. Audit work for the four initially selected years as well as a partial audit of 2011 had been protracted as much of the source material evidencing entries from the originally selected early years is not available from Hudbay. Therefore, the audit work conducted is incomplete and inconclusive in nature.

The Board of Directors of Callinan subsequently undertook a review to determine the next course of action. Alternatives included, but were not be limited to, conducting additional audit work, engaging in discussions with a view to a resolution of outstanding issues, or providing notice in writing to Hudbay and proceeding with litigation.

The Board of Directors of Callinan has elected to recommence litigation against Hudbay and the Company does not intend to disclose information from the incomplete audit work conducted or report any developments with respect to the litigation unless required by regulation or law and until its Board of Directors otherwise deems that disclosure is appropriate.

Hudbay is a Canadian integrated mining company with assets in North and South America principally focused on the discovery, production and marketing of base and precious metals. Hudbay’s objective is to maximize shareholder value through efficient operations, organic growth and accretive acquisitions, while maintaining its financial strength. A member of the S&P/TSX Composite Index and the S&P/TSX Global Mining Index, Hudbay is committed to high standards of corporate governance and sustainability

Callinan Royalties is a Canadian company that creates and acquires mineral royalties. The company uses its royalty income to provide alternative financing options to mineral exploration and development companies with attractive projects. Callinan’s strategy is to create shareholder value over the long term by generating a portfolio of profitable mineral royalties.

The Corporation currently has two producing royalties. Callinan holds a 6⅔% net profits interest royalty and a $0.25 per ton production royalty on lands that include the 777 Mine and 777 North Mine owned by Hudbay Minerals Inc. located in Flin Flon, Manitoba, Canada. Callinan also holds the 777 Deeps (War Baby) property and an associated royalty option on the property, which is located adjacent to the 777 Mine.

Callinan is a dividend paying Tier 1 company listed on the TSX Venture Exchange under the symbol CAA. The Corporation has a strong financial position with no debt, approximately $28 million in cash and approximately 49.1 million shares outstanding.