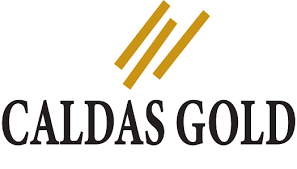 Caldas Gold Corp. (TSX-V: CGC) announced that it produced a total of 1,214 ounces of gold in May bringing the total for the first five months of 2020 to 8,317 ounces compared with 10,481 ounces in the first five months of 2019. The Company expects to update its 2020 annual production guidance when it reports its mid-year financial results in August.

Lombardo Paredes, President of Caldas Gold, commenting on the Company’s latest production results, said, “We are continuing to operate at Marmato as the COVID-19 national quarantine in Colombia lingers on. In May, our access to workers remained limited and we produced about half of what we normally would have expected for the month. The outlook appears to be improving in June as the local municipalities have recently allowed more workers to return to the mine. As such, we expect June’s production could reach about 75% of normal. We are continuing to manage our discretionary expenditures and at the end of May, our cash balance remained at approximately US$14 million.”

Operations at the Marmato mine continued to be adversely impacted in May 2020 by restrictions on the movement of people between communities during the national quarantine that have limited the availability of workers at the mine since late March. Similar to last month, the Company processed an average of 554 tpd in May with an average head grade of 2.5 g/t resulting in gold production of 1,214 ounces for the month. The Marmato mine produced 2,165 ounces of gold in May last year. By the second week of June, actions taken by Caldas Gold had increased its complement of workers at the mine and it currently expects that its production for the month of June will improve to approximately 2,000 ounces of gold.

Caldas Gold is a Canadian junior mining company currently advancing a prefeasibility study for a major expansion and modernization of its underground mining operations at its Marmato Project in the Department of Caldas, Colombia with mineral resources of 2.0 million ounces of gold in the Measured and Indicated categories and 3.3 million ounces in the Inferred category. A Preliminary Economic Assessment study (Preliminary Economic Assessment Report, Marmato Project, Colombia, dated February 6, 2020 completed by SRK Consulting (U.S.), Inc.) is available on the Company’s SEDAR profile at www.sedar.com.