Alan Carter, Cabral’s President and CEO commented, “These additional RC drill results have again expanded the gold-in-oxide blanket at the PDM target at Cuiú Cuiú, and the mineralized zone is still open to the north and west. Perhaps more significantly, these drill results further confirm the presence of a NW-trending zone of higher-grade gold-in-oxide mineralization which may represent an underlying primary gold deposit at PDM. If so, this could represent a significant extension to the Central gold deposit which is located 2.5km along strike to the south-east. Deeper diamond drilling is currently in progress aimed at testing for the presence of an underlying primary gold deposit.” 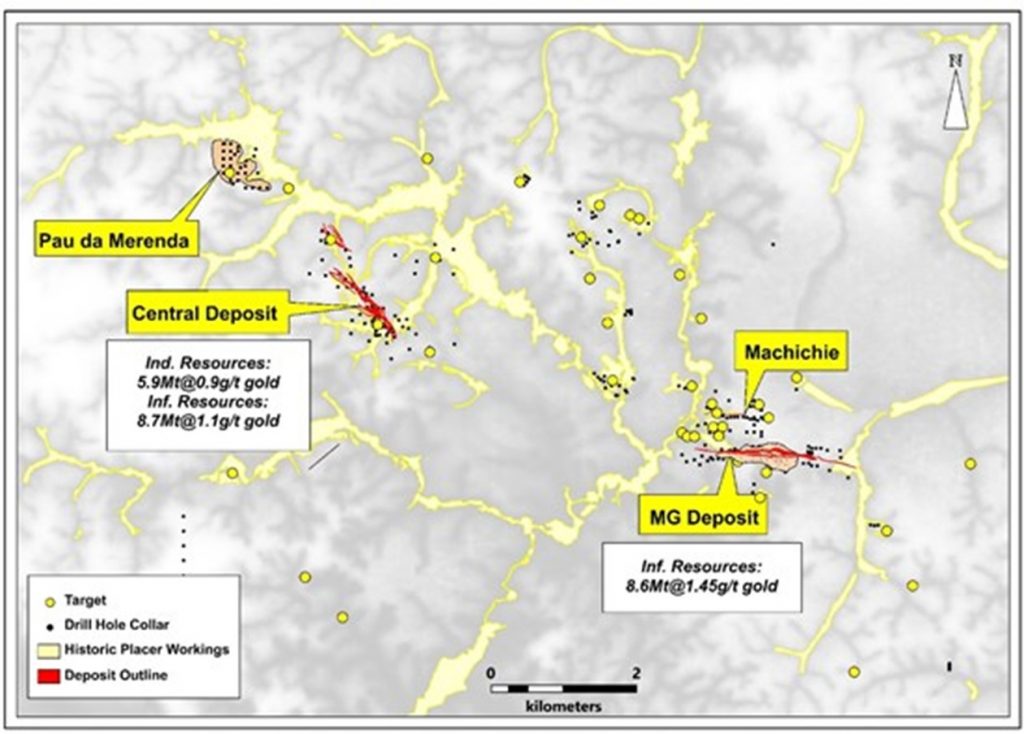 Figure 1: Map showing the location of the PDM (Pau de Merenda) target, the two known gold deposits at Central and MG, the overlying gold-in-oxide blankets at PDM and MG (in beige) and other key targets within this area of the Cuiú Cuiú district

The assay results from the ten additional recent holes (Table 1) include 13m @ 0.9 g/t gold from surface in RC220 and 10m @ 0.6 g/t gold in RC226 including 1m @ 6.2 g/t gold. These results have further extended the surface dimensions of the gold-in-oxide blanket to the north and west, outlining an area of approximately 900m (NW-SE) x 350m (Figure 2). The blanket remains open to the north and west.

A follow-up diamond drilling program, which is currently in progress, is aimed at testing for the presence of an underlying primary gold deposit at PDM.

It is worth noting that the PDM area lies at the northwest end of northwest-trending gold-in-saprolite anomaly, that has been traced more than 5km through the Central deposit to the southeast (see press releases dated July 15, 2018 and June 27, 2018). The intervening region is still largely undrilled, and the 5km long gold anomaly remains open along strike. 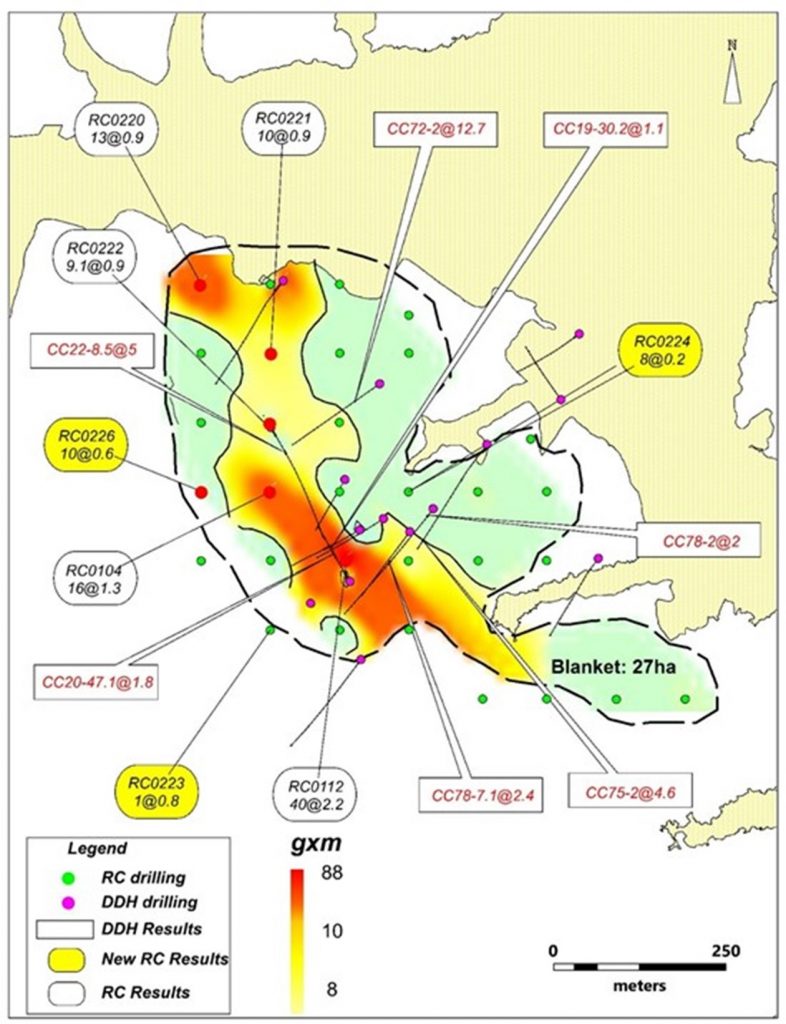 Figure 2: Map showing the current estimated limits of the gold-in-oxide blanket (dashed line) at the PDM target with Historic diamond drill holes and previously reported and recently completed vertical RC drill holes (labelled in yellow). Grade x thickness contours are also shown in red yellow and define a NW trending zone which may indicate the presence of an underlying primary source for the gold in the gold-in-oxide blanket

Results are currently pending on 42 RC holes at MG designed to test the extent of the gold-in-oxide blanket. Diamond drilling designed to define the high-grade zones within the primary basement MG gold deposit also continues. Assay results are pending on thirteen diamond-drill holes.

Results are also pending on five diamond-drill holes from a planned six holes at Pau de Merenda which are designed to test for the presence of a primary gold deposit in the basement intrusive rock underlying the gold-in-oxide blanket. Several historic drill holes suggest the presence of an underlying mineralized zone in the intrusive rocks with historic holes returning values of 30m @ 1.1 g/t gold, 47m @ 1.8 g/t gold and 9m @ 5.1 g/t gold. Diamond drilling continues.