Alan Carter, Cabral’s President and CEO commented, “The recent drilling at the Machichie SW vein array has increased the number of known NE trending high-grade veins from six to nine and more importantly is demonstrating down-dip continuity of high gold grades. The Machichie SW target area is critically important because it is located midway between the MG gold deposit (300m to the south) and the recently identified E-W trending mineralized zone at Machichie 180m to the north. We look forward to the results of additional drilling on this target as we continue to outline the dimensions of the various veins at Machichie SW”

The Machichie SW target is located midway between the MG gold deposit (300m to the south) and the main E-W trending mineralized zone at Machichie 180m to the north (Figure 1). 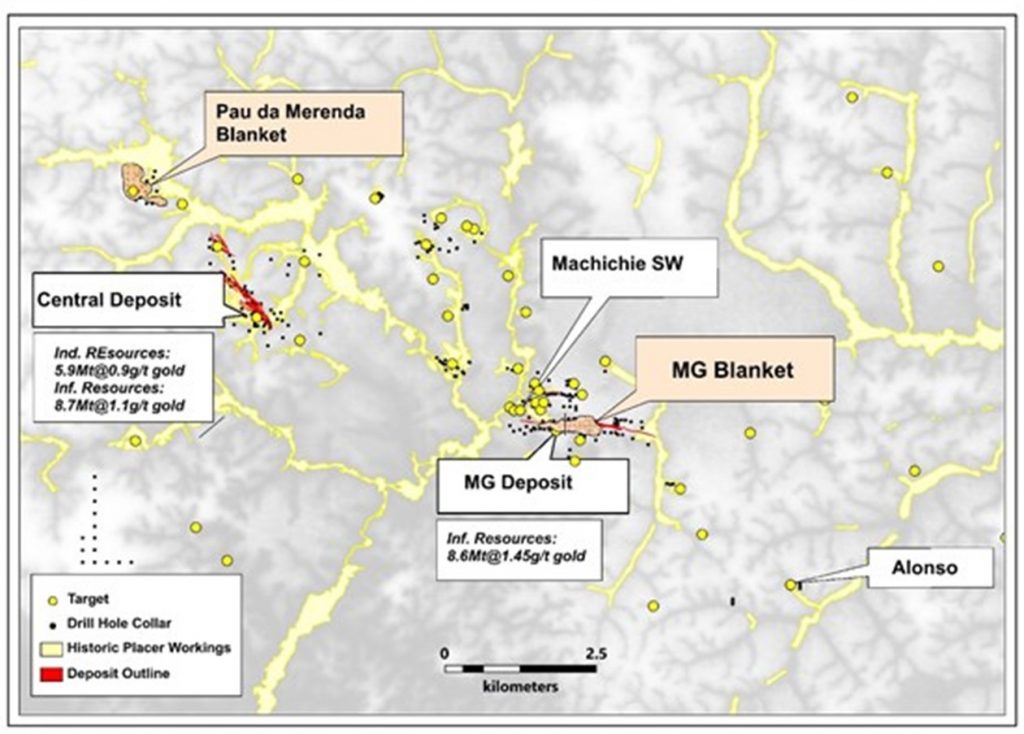 Figure 1: Map showing the location of the Machichie SW vein array relative to the MG and Central gold deposits and the MG and Pau de Merenda (PDM) gold-in-oxide blanket targets together with the distribution of historic placer gold workings

Prior to the most recent drilling, only six NE trending veins had been identified in this area, which from west to east are Filao de Amor, Machichie SW, Zezinho, Hamilton Novo, Maranahao W and Maranahao E.

These results indicate the presence of three new high-grade vein structures within the Machiche SW target area, bringing the total number of mineralized structures at Machichie SW to nine. A second vein was intercepted in the Filao de Amor structure, and two more veins 50m to the SE of Filao do Amor and 70m NW of the Machichie SW mineralized vein. The drill intercept in hole RC201 of 1m @ 18.3 g/t gold appears to be the up-dip continuation of the previous drill intercept of 3.3m @ 7.4 g/t gold indicating the continuity of grade up and down-dip. 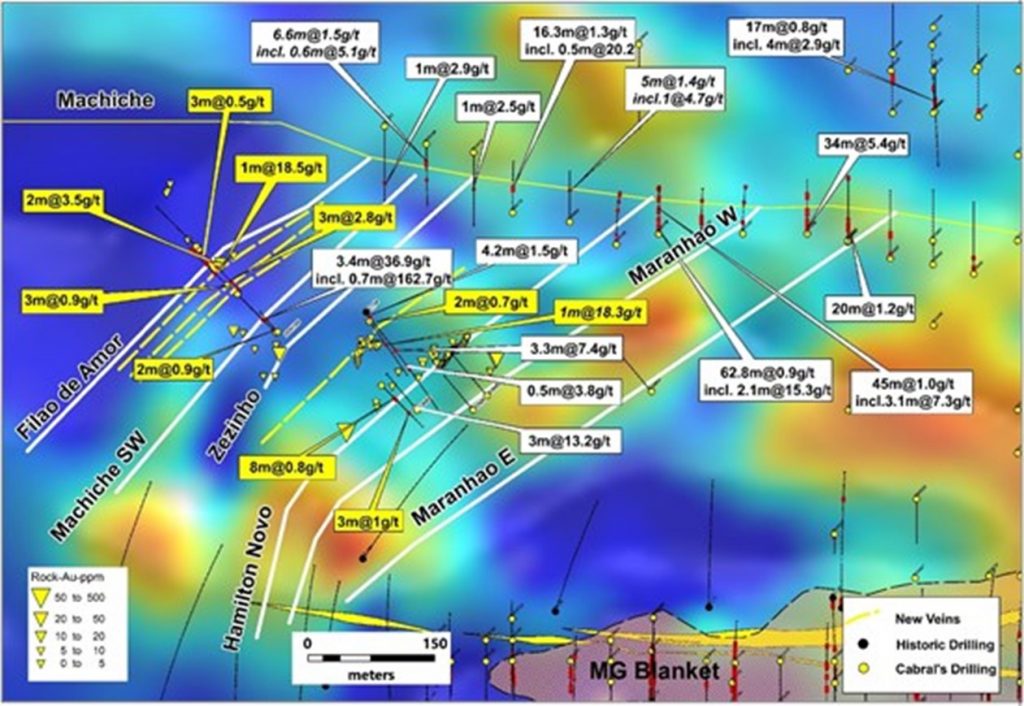 Figure 2: Detailed map showing the location of the known NE trending veins at Machichie SW target together with previous and new drill intercepts

RC drilling designed to define the extent of the recently identified gold-in-oxide blanket at MG is continuing. The original 74-hole drill program has been expanded to 86 holes, and thus far 77 holes have been completed with assay results pending on 37 holes.

Results are pending on ten RC holes drilled to define the limits of the gold-in-oxide blanket at Pau de Merenda (PDM) where recent drilling returned 40m @ 2.2 g/t gold (see press releases dated August 10 and August 26, 2021). Results to date indicate the presence of a near surface blanket at least 300 x 800m in lateral size.

Results are also pending on one diamond-drill hole from a planned six holes at Pau de Merenda which are designed to test for the presence of a primary gold deposit in the basement intrusive rock underlying the gold-in-oxide blanket. Several historic drill holes suggest the presence of an underlying mineralized zone in the intrusive rocks with historic holes returning values of 30m @ 1.1 g/t gold, 47m @ 1.8 g/t gold and 9m @ 5.1 g/t gold.

Results are currently pending on three diamond drill holes and drilling is also in progress at the Alonso target which is located 3km SE of the MG gold deposit. Twenty-three samples of this boulder float material previously returned gold values of 11.6 to 200.3 g/t gold (see press release dated February 11, 2020). Shallow follow-up RC drilling conducted during late 2020 however failed to determine the source of the boulders due to high water in-flows at the time of drilling.