Alan Carter, Cabral’s President and CEO commented, “We are absolutely thrilled to be reporting these drill results from near surface unconsolidated material at the PDM target which is located just 2.5km NW of the Central gold deposit. When we first identified the presence of a gold-in-oxide blanket at surface above the MG deposit in mid-April of this year, we predicted that we would make additional discoveries of this type at Cuiú Cuiú, and the initial results from the PDM target are confirmation of that belief. The initial drilling at Pau de Merenda suggests we have a second mineralized blanket at surface which extends over an area of at least 400m by 200m and is open in all directions, and furthermore contains some very high-grade intercepts. The identification of this new blanket obviously also raises the possibility of a significant underlying primary gold deposit akin to MG, which will also require drilling in the coming months.” 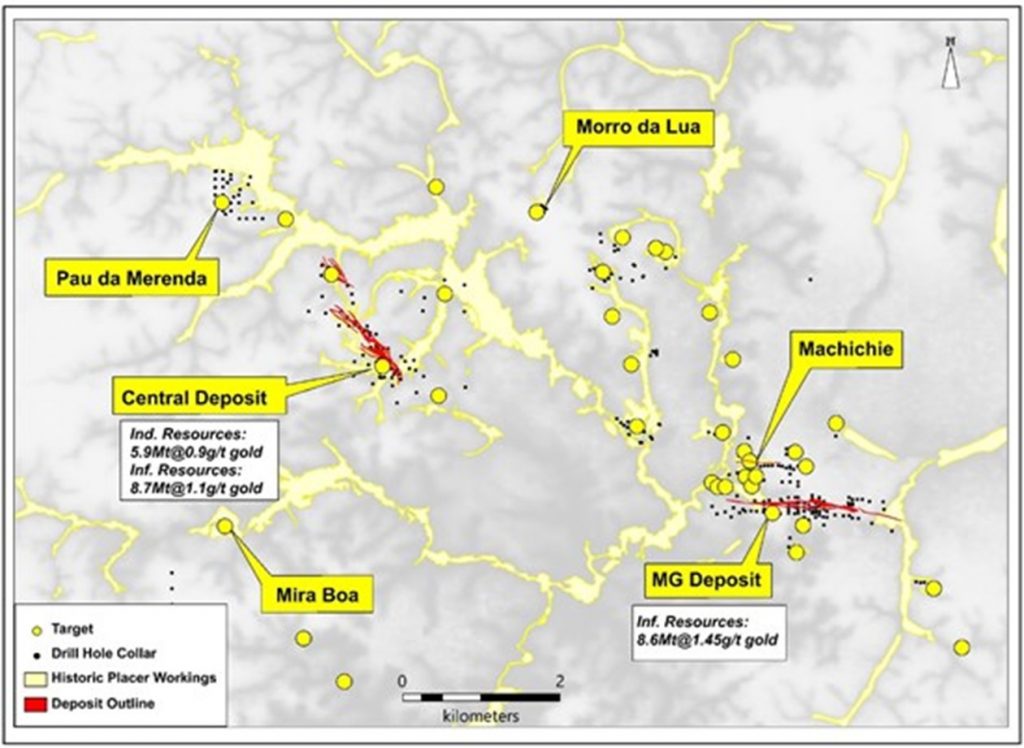 Figure 1: Map showing the location of the PDM target, the two known gold deposits at Central and MG and other key targets within the Cuiú Cuiú district 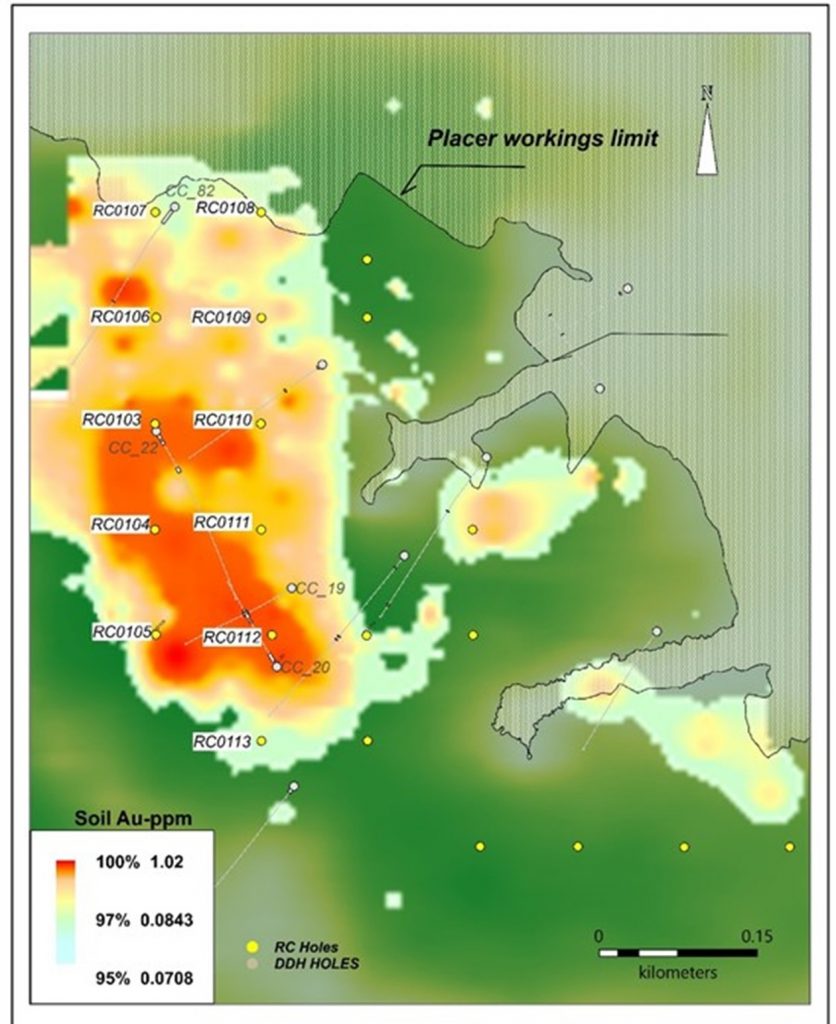 Following the identification of the extensive gold-in-oxide blanket in unconsolidated soil and sediments above the MG gold deposit, a review was conducted of other targets within the Cuiú Cuiú district where there were indications of similar near surface mineralization in the unconsolidated cover material. The drill intercept in diamond drill hole CC-82 drilled at PDM was evidence of that possibility.

As a result of this review, a total of 21 vertical RC holes were drilled at PDM (Figure 2) with Cabral’s AST-SV50 reconnaissance RC rig to a maximum depth of 78m in order to test for the possibility of a second gold-in-oxide blanket akin to that overlying the MG gold deposit. Results are reported here for the initial eleven shallow holes (RC-103 to RC-113), which were drilled on a grid at 100m spacings (Figures 2 and 3) extending through the gold-in-soil anomaly.

Ten of the eleven holes returned gold mineralization over intervals up to 40m in thickness (Table 1, Figure 3), suggesting the possibility of an extensive gold-in-oxide blanket. The highlight of the initial holes was RC-112 which intersected 40m @ 2.2 g/t gold from surface, including 7m @ 9.4 g/t gold and ended in material averaging 9.4 g/t gold. The last two meters of hole 112 averaged 23.8 g/t gold indicating that the mineralized zone at that location is open at depth.

Similarly, hole RC-104 which was drilled 150m NW of RC-112 returned 16m @ 1.3 g/t gold from surface, suggesting the presence of a NW-trending higher-grade core to the gold-in-oxide blanket which is open in all directions.

There are indications from the current RC drilling of a NW-trending zone of primary gold mineralization in the underlying granitic rocks, which may be the source of the gold-in-oxide blanket at PDM. Hole RC-112 was drilled just 25m north-west of the historic diamond hole CC-20 which intersected 47.1m @ 1.8 g/t gold in the underlying unoxidized basement material.

Results are pending on ten additional holes but clearly further drilling will be required to fully define the extent of this new gold-in-oxide blanket.

The presence of an extensive gold-in-oxide blanket and the encouraging historic drill intercepts in the underlying basement rock, raises the possibility that there could be a primary gold deposit underlying the blanket. This possibility will be tested in the coming months following the arrival of the two additional diamond drill rigs on site.

The Miraboa target is located 3km south-west of the Central gold deposit and is the site of extensive historic placer gold workings. The source of this gold is currently unexplained. Soil sampling has identified an extensive gold-in-soil anomaly extending over at least 2km N-S which has never been tested by drilling.

A total of 22 vertical holes to a maximum depth of 80 meters have been completed thus far at Miraboa from a planned program of 25 holes. Results are pending.