Alan Carter, Cabral’s President and CEO commented, “These RC drill results indicate that the recently identified gold-in-oxide blanket at MG contains a significant core of higher-grade gold mineralization and provide further evidence that we have a significant new discovery on our hands. The fact that it is located at surface within unconsolidated, oxidized soil and sediments would suggest that it is likely to be very important in terms of the overall economic viability of the Cuiú Cuiú gold district. We look forward to receiving additional RC results from MG and the results of the recently announced metallurgical work, as well as diamond drill results from the primary gold deposits at MG and Central, and drill results from the PDM and Alonso targets”.

Following the discovery of an extensive gold-in-oxide blanket in near-surface unconsolidated material directly above the primary MG gold deposit in April of this year (see press release dated April 15, 2021 and Figure 1), Cabral has moved swiftly to define the limits to the gold-in-oxide mineralization (see press releases dated July 29, 2021, August 31, 2021, October 14, 2021 and November 9, 2021). 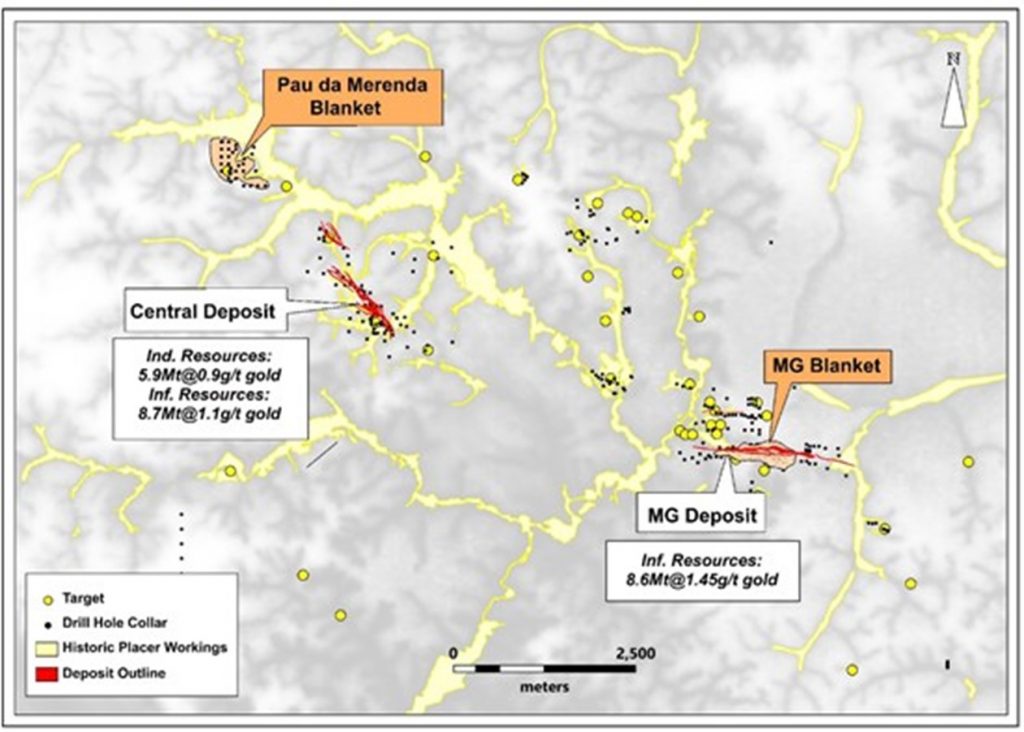 Figure 1: Map showing the location of the MG deposit and overlying MG gold-in-oxide target, as well as the Central gold deposit, the Pau de Merenda (PDM) gold-in-oxide blanket and other key targets within this part of the Cuiú Cuiú district

A total of 79 RC holes have been drilled to date to test the MG gold-in-oxide blanket. Results have been reported on a total of 69 RC holes including 20 holes which are reported herein.

Assay results have been received for holes RC207 through RC219, and RC230 to RC236 (Figure 2 and Table 1). Nearly all of these 20 holes returned intervals of gold-in-oxide mineralization within the overlying unconsolidated soils and sediments, and have expanded the surface footprint of the gold-in-oxide blanket at MG by a further 11% (to 40 hectares) from the most recent size estimate of 36 hectares (see press release dated November 9, 2021). 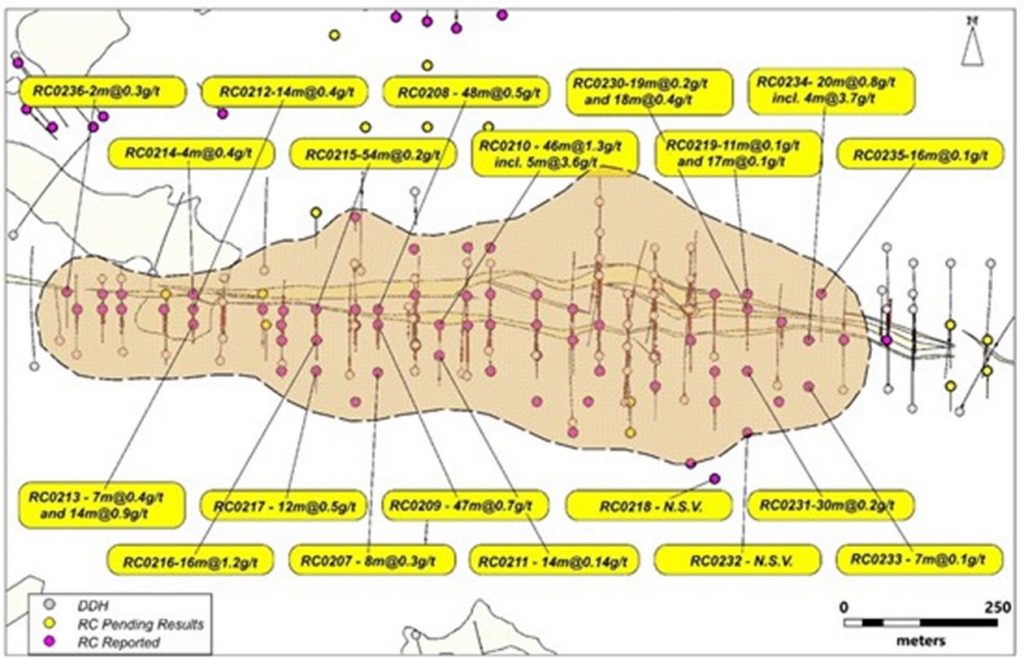 Figure 2: Map showing the outline of the gold-in-oxide blanket and the underlying primary gold deposit at MG and also all of the diamond and RC drill holes completed to date. Results highlighted in yellow are all new and reported in this news release

Furthermore, these recent tighter spaced RC drill results, together with previously reported results from the gold-in-oxide blanket, indicate the presence of a significant zone of higher grade gold mineralization within the blanket (Figure 3). This higher grade zone extends over at least 700m in an E-W direction and directly overlies the underlying primary gold deposit within granitic host rocks at MG. 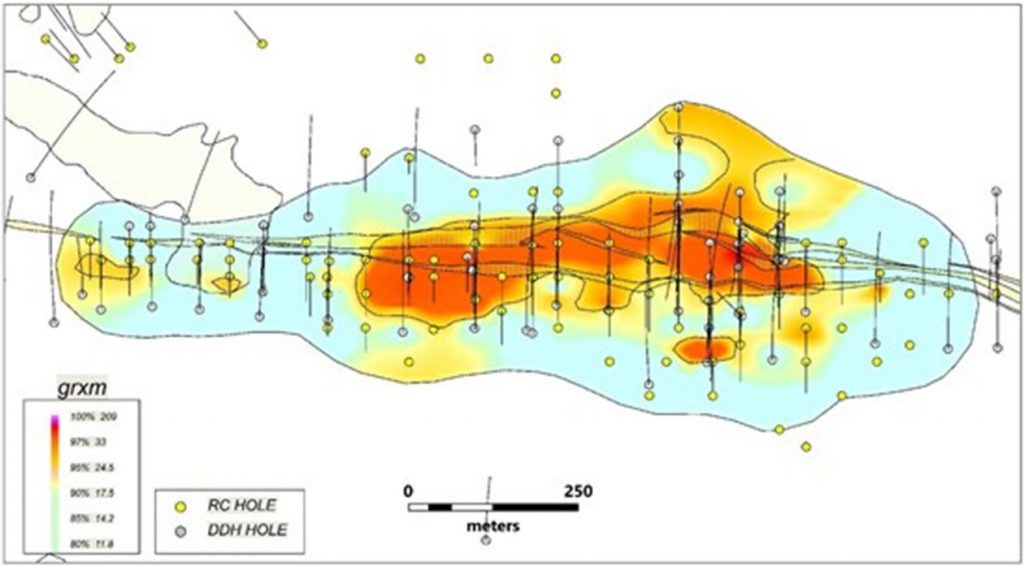 Figure 3: Map showing the outline of the gold-in-oxide blanket and the underlying primary gold deposit at MG and also location of all of the diamond and RC drill holes completed to date. The blanket is contoured in terms of grams x meters with the black line enclosing the red area representing the 10gxm contour which defines the higher grade core of the blanket

The most significant intercepts from the recent RC holes reported here are as follows:

RC210 and RC211 were both drilled on section 553350. The section had no previous drilling and is located in the western central part of the gold-in-oxide blanket (Figures 2 and 4). RC210 is the northern-most hole drilled on the section and returned 46m @ 1.3 g/t gold from surface including 5m @ 3.6 g/t gold from 6m. This result lies within a E-W trending zone of higher grade gold mineralization in the gold-in-oxide blanket. RC211 was drilled approximately 45m to the south and intersected 14m @ 0.4 g/t gold from surface. 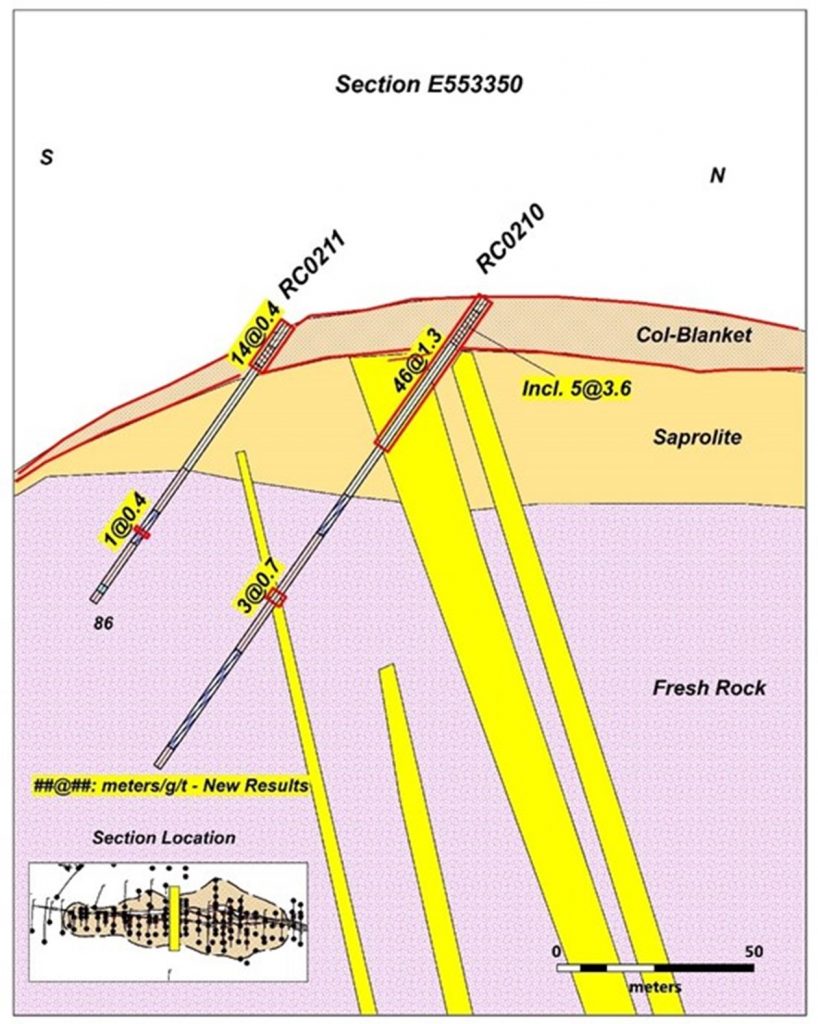 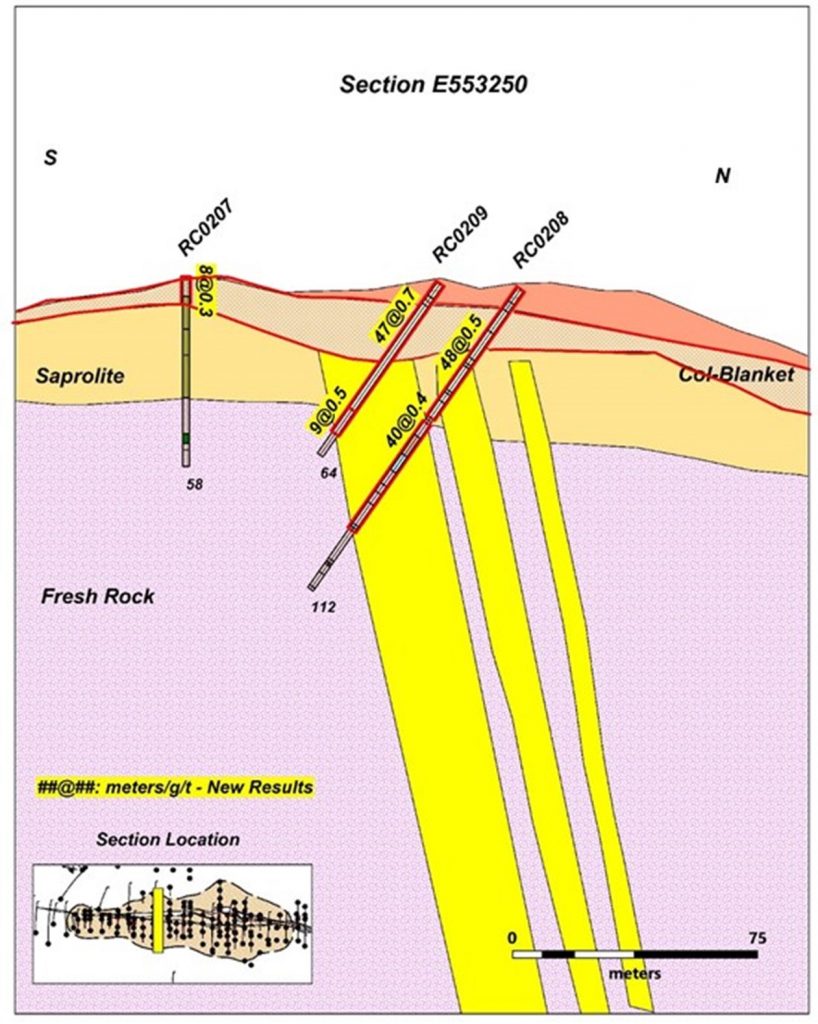 RC212, RC213 and RC214 were all drilled on section 552950 in the western part of the gold-in-oxide blanket (Figure 2). RC213 was the southernmost hole drilled on the section returned 14m @ 0.9 g/t gold from 13m depth as well as 7m @ 0.4 g/t gold from surface. Both intercepts are in the gold-in-oxide blanket, and indicate that the blanket is open to the south. RC213 also intersected 8m @ 0.5g/t gold from 46m depth in the underlying granite and ended in mineralization.

The RC drilling program has been successful in delimiting and expanding an extensive, near surface zone of blanket mineralization at MG that was not previously recognized, and hence was largely not incorporated in previous resource estimates. Tighter drill spacing has also defined a higher grade east-trending zone within the blanket. All of this material would likely represent pre-strip for any pit exploiting the MG basement mineralization. This oxidized, unconsolidated material could be an important source of additional gold, particularly if it is amenable to lower cost heap leach processing (see also Cabral news release November 9, 2021).

Diamond drilling is ongoing at MG. While this program is designed to test for, and delimit, higher grade basement gold mineralization, these are deeper holes drilled from the north to south. It is possible that some of these diamond holes may encounter additional blanket mineralization as most of these drillholes will be collared in the saprolite sequence directly to the north of the currently defined blanket limits.

Assay results are still pending on an additional ten RC holes which have tested the blanket at MG.