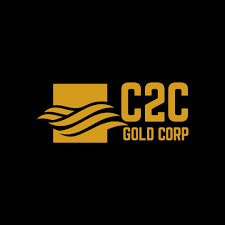 C2C Gold Corp. (CSE: CTOC;) is pleased to announce that it has completed a private placement of 16,450,000 units of the Company at a price of $0.16 per Unit for gross proceeds of $2,632,000. Each Unit is comprised of one common share in the capital of the Company and one-half of one Common Share purchase warrant. Each Warrant entitles the holder to purchase one Common Share at an exercise price of $0.20 for a period of two years from the closing date.

Janet Lee-Sheriff, Executive Chair of C2C stated “We are honoured to have Mr. Sprott’s support as we move our projects forward in the Central Newfoundland Gold Belt.  The additional funds will allow us to expand our 2021 exploration season to focus in on identifying and executing our high priority drill targets.  We believe an aggressive work plan enhances the potential for discovery.”

Each transaction with an insider of the Company constitutes a “related party transaction” within the meaning of MI 61-101 Protection of Minority Security Holders in Special Transactions. The Company is relying on the exemptions from the formal valuation and minority approval requirements contained in sections 5.5(a) and 5.7(1)(a) of MI 61-101, on the basis that the fair market value of the transaction does not exceed 25 per cent of the Company’s market capitalization. The directors of the Company have approved the Offering. The Company did not file a material change report more than 21 days prior to the closing of the transaction due to the timing of the announcement and closing occurring in less than 21 days.

The proceeds of the Offering will be used to fund exploration expenditures on the Company’s Newfoundland properties and for general working capital. The securities issued pursuant to the Offering are subject to a hold period of four months in accordance with applicable securities laws.

C2C Gold’s project areas cover more than 1,150 km² along and between the Red Indian Line (RIL) and the Valentine Lake shear zone in the Central Gold Belt of Newfoundland. The Company’s prospective holdings extend for more than 100 km along the Central Gold Belt a northeast trending structural zone extending across Newfoundland. These regionally extensive fault zones are deep crustal sutures which localize deformation and fluid flow and host orogenic-style gold bearing quartz veins and stockwork zones.

Companies working on active gold projects within this belt and the broader Exploits Subzone have noted the similarity in geological setting and character with both the Abitibi greenstone belts in Ontario and Quebec, Canada and the Bendigo-Fosterville gold deposits in Australia. Regionally, till and lake sediment sampling programs by the Newfoundland and Labrador Geological Survey defined northeast trending clusters of gold-in-till anomalies south of the RIL.

C2C Gold is focusing on the correlation between the anomalous gold-in-till samples and underlying structural features shown on historical geophysical surveys. A comprehensive program of deeper soil sampling over the most promising areas will target potential buried gold mineralization. There are numerous gold-in-till anomalies throughout the C2C property holdings.

Newfoundland has long been known to have a large number of gold occurrences with relatively little modern exploration. Historical production from the Hope Brook, Nugget Pond, and Point Rousse projects have been typical of the island’s mines with relatively modest production from high grade deposits. More recently important significant drill intersections such as those announced by New Found Gold Corp. and those contributing to the growing resource at Marathon Gold Corp’s Valentine Deposit have raised the status of the area to that of a premier gold exploration jurisdiction. These continued positive results have led to a dramatic increase in exploration activity giving rise to a modern-day gold rush throughout.

C2C is a Canadian mineral exploration company focused on the acquisition and development of mineral projects in Newfoundland, Canada. The Company holds the Badger, Millertown, and Barrens Lake projects, which cumulatively cover an area of more than 1,150 km² with road access and proximity to communities and power lines. C2C also holds a portfolio of projects within the prolific White Gold and Klondike districts in Canada’s Yukon.