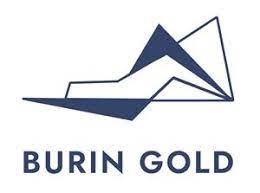 Burin Gold Corp. is pleased to announce that it has completed its initial public offering and listing on the TSX Venture Exchange. The IPO consisted of the issuance of 7.78 million units issued at a price of $0.60 per Unit, and 3.26 million flow-through shares issued at a price of $0.69 per FT Share, pursuant to final prospectus dated November 10, 2021 for total gross proceeds to Burin of $6.92 million. Burin Gold’s common shares were listed on November 22, 2021 and are expected to commence trading on the TSX-V under the symbol “BURG” on November 24, 2021.

Each Unit is comprised of one common share in the capital of the Company and one-half of one common share purchase warrant. Each whole Warrant will entitle the holder thereof to purchase one Share at an exercise price of $0.85 per Warrant for a period of 24 months from the date of issuance.

The Offering was managed by Haywood Securities Inc. and Laurentian Bank Securities Inc. and including Echelon Wealth Partners Inc.. In connection with the IPO, the Company has paid the Agents an aggregate cash commission of $402,846.91 and issued to the Agents 642,187 broker warrants. Each Broker Warrant is exercisable for one Common Share at a price of $0.60 per Broker Warrant for a period of 24 months from the date of issuance. In addition, the Company paid to the Lead Agents a corporate finance fee of $50,000 payable in cash and 41,666 Shares issued at price of $0.60 per Share.

Insiders of the Company acquired an aggregate of 535,331 Units and 25,000 FT Shares. Accordingly, the Offering constituted to that extent a “related party transaction” within the meaning of Multilateral Instrument 61-101 – Protection of Minority Security Holders in Special Transactions requiring the Company, in the absence of exemptions, to obtain a formal valuation and minority shareholder approval thereof. The Company has relied on the exemptions from the valuation and minority shareholder approval requirements of MI 61-101 contained in Sections 5.5(b) and 5.7(1)(b), respectively, of MI 61-101 in respect of such insider participation.

Additional information on the Company and the IPO can be found in the Company’s final prospectus dated November 10, 2021 as filed under the Company’s profile on SEDAR at http://www.sedar.com.

Burin Gold is a newly listed public company on the TSX Venture Exchange. The Company’s principal asset is a 159 km2 epithermal gold exploration property on the Burin Peninsula, Newfoundland. The Company’s property on the Burin Peninsula contains the Hickey’s Pond gold prospect as well as numerous other historical high-sulphidation epithermal gold showings that have yet to be drill tested. The Company has been active in Newfoundland since 2018 (operating as a private company under its former name of Bonavista Resources Corp.) and has significantly advanced its Burin property through several exploration programs, including a 1,000 metre diamond drill program at the Hickey’s Pond prospect in late 2020. This initial drill program at Hickey’s Pond intersected a best result of 10.8 m of 4.43 g/t Au at shallow depth (see Bonavista Resources Corp. news release of Feb 24, 2021). With the successful completion of its IPO, the Company is well-positioned to commence a significant diamond drilling campaign at the Hickey’s Pond prospect, planned to start Q1/2022.

David Clark, MSc, PGeo, CEO of Burin Gold, is the Company’s designated Qualified Person within the meaning of National Instrument 43-101 Standards of Disclosure for Mineral Projects. He has prepared the technical content of this news release.

The Company acknowledges the financial assistance of the Mineral Development Division, Department of Industry, Energy, and Technology, Government of Newfoundland & Labrador, via its Junior Exploration Assistance Program. The program provides valuable financial rebates on exploration expenditures made in the province to qualifying exploration companies. The Company has benefited from the program yearly since 2018.