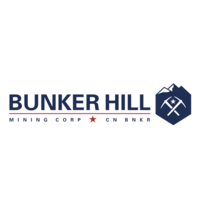 Each Unit sold under the Unit Offering consists of one common share of the Company and one Common Share purchase warrant. Each whole Warrant entitles the holder to acquire one Common Share at a price of C$0.25 per Common Share for a period of two years.

Tranche Two consisted of the sale of 23,005,800 Units, of which 6,006,666 Units were issued in satisfaction of indebtedness owed to directors of the Company for services rendered by them to the Company and another 9,562,840 Units were issued to arm’s-length parties in satisfaction of $478,142 in indebtedness owed to these arm’s-length parties who provided financial and service support to the Company over the past 18 months.

This issuance of Units to Messrs. Ryan, Parsons, and Marr in connection with the Tranche Two is considered a “related party transaction” as such term is defined under Multilateral Instrument 61-101 – Protection of Minority Security Holders in Special Transactions. The Company is relying on exemptions from the formal valuation and minority shareholder approval requirements provided under MI 61-101 on the basis that the issuance of the Units to insiders in connection with the Tranche Two does not exceed 25% of the fair market value of the Company’s market capitalization.

The Units were acquired by Messrs. Parsons, Marr and Bem and by Valuestone for investment purposes, and depending on market and other conditions, each of them may from time to time in the future increase or decrease their respective ownerships, control or direction over securities of the Company through market transactions, private agreements, or otherwise. For the purposes of this notice, the address of Valuestone is 103 South Church Street, P.O. Box 10240, Grand Cayman KY1-1002, Cayman Island, the address of Mr. Marr is 59 Studdridge Street, London, SW6 3SL United Kingdom, the address of Mr. Bem is 25 Sable Street, Toronto, ON, N M6M 3K8 and the address of Mr. Parsons is 82 Richmond Street East Toronto, ON M5C 1P1.

In satisfaction of the requirements of the National Instrument 62-104 – Take-Over Bids And Issuer Bids and National Instrument 62-103 – The Early Warning System and Related Take-Over Bid and Insider Reporting Issues, early warning reports respecting the acquisition of Units by Messrs. Parsons, Marr and Bem and by Valuestone will be filed under the Company’s SEDAR Profile at www.sedar.com.

The Company is also pleased to provide an update on the previously announced in the Company’s July 18, 2019 news release a subsequent non-brokered equity financing consisting of an offering of Common Shares of the Company at $0.05 per Common Share for gross proceeds of C$1,500,000, subject to the option of the Company to offer up to additional 4,665,800 Common Shares. The Company has received encouraging expressions of interest in the Subsequent Offering and expect to close it in the coming weeks.

The net proceeds from the Unit Offering and from the Subsequent Offering  shall be primarily used for lease and other payments required to keep the Company’s option interest in Bunker Hill Mine in good standing, for further development of the Bunker Hill Mine, and for general corporate and working capital purposes.