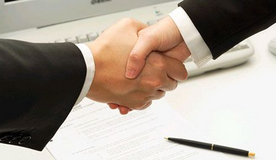 Buchans Minerals Corporation (TSXV: BMC) and Minco plc (AIM: MIO) are pleased to announce the Supreme Court of Nova Scotia has approved the plan of arrangement involving Buchans Minerals, Minco and 8501297 Canada Inc. a wholly-owned subsidiary of Minco. As previously announced, the Arrangement was approved by the shareholders of Buchans Minerals at its annual and special meeting held on June 28, 2013.

The effective date of the Arrangement will be July 16, 2013. Pursuant to the terms of the Arrangement, on the Effective Date, Minco will acquire, through MIO Sub, all of the issued and outstanding common shares of Buchans Minerals that Minco does not already own in exchange for ordinary shares of Minco on the basis of 0.826 of a Minco Share for each Buchans Share, and Buchans will amalgamate with MIO Sub, with the amalgamated company being a wholly-owned subsidiary of Minco. Closing of the Arrangement is subject to the satisfaction or waiver of the other conditions to the Arrangement, including receipt of all necessary regulatory approvals.

Further information on the Arrangement is set out in Buchans Minerals’ management information circular dated May 29, 2013, which is available on SEDAR at www.sedar.com.

Minco is registered in the Republic of Ireland and listed on the Alternative Investment Market of the London Stock Exchange under the symbol “MIO”. Minco is an exploration and development company currently engaged in zinc-lead exploration in the United Kingdom, Ireland and in evaluating the Buchans Minerals base metal and manganese project in eastern Canada. Minco also holds investments in zinc-silver projects in Mexico through a holding of 30 million shares (approximately 29%) in Xtierra Inc. listed on the TSX Venture Exchange (TSXV:XAG).