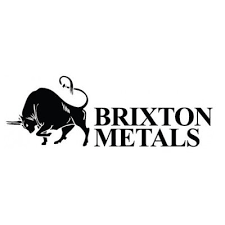 Brixton Metals Corporation  (TSX-V: BBB) (OTCQB: BBBXF) is pleased to announce that it has entered into separate agreements to acquire a 100% interest in the Trapper mineral claim group and its associated royalties, further expanding the Thorn Project. The Trapper claims are adjacent to the Thorn Project and part of a larger district-scale copper-gold trend.

Chairman and CEO of Brixton Metals, Gary R. Thompson stated, “We are happy to have reached an agreement with Kodiak and royalty holders on this high potential project. The Trapper claims are strategic to Brixton’s plans for consolidating the Thorn mineral claim holdings. Currently the Thorn Project represents the largest contiguous mineral claim package in the Golden Triangle forming a mineralized mega-trend under one banner: Brixton Metals.”

The company has entered into a purchase agreement to acquire a 100% interest in the Trapper Project which is 3,756 hectares in size from Kodiak Copper Corp. (TSX-V:KDK) for consideration of 2,324,393 common shares and CAD $100,000 in cash. In connection with the transaction, the Company has also entered into agreements to terminate net smelter royalties and other economic interests held by third parties. The Company will pay $20,000 to Constantine Metals Resources Ltd. to terminate its right of first refusal on a 0.5% NSR. The Company has also agreed to terminate the NSR on the Trapper Project held by C.J. Greig Holdings Inc., for $45,000 and 113,924 common shares of Brixton. The Trapper Project, following these transactions, will be unencumbered with respect to any royalty burden. The Transaction and Ancillary Transactions are subject to the acceptance of the TSX Venture Exchange and other customary conditions of closing.

About the Trapper Project

True widths can not be determined at this time.

About the Trapper Project

The Trapper Project covers a large gold-in-soil anomaly that was established with more than 900 soil samples. The gold anomaly is defined by a greater than 2km x 0.2km zone that remains open ended along strike. Gold grades in rocks at surface are up to 33 g/t gold, and were reported to occur in hydrothermal breccias. The gold-in-soil anomaly is thought to be related to mafic volcanic rocks of the Triassic aged Stuhini Group that are intruded by multiple diorite and dacite feldspar porphyry stocks. Evidence of extensive iron oxide and carbonate-silica alteration footprints suggests that the soil anomaly is associated with a large hydrothermal porphyry system.

Gold mineralized feldspar porphyry dikes have been drilled in the Main Gold zone, along the southern margin of the main porphyry target. The dikes occur within a gold-rich carbonate altered halo that surrounds a porphyry centre. Multiple occurrences of porphyry-style alteration and mineralization have been identified across over half of the Trapper Project.

The Trapper Project was first staked as the Inlaw claim by Chevron Minerals Ltd. in 1983, when anomalous gold values were returned in soil geochemical samples collected along reconnaissance traverse lines (Walton 1984). Chevron geologists noted that both the reconnaissance-style soil geochemical sampling and subsequent grid-controlled soil sampling indicated that there was a large area of anomalous gold present on the property, and that within the anomaly there were a number of very high values. Between 10 and 15 individual soil samples yielded gold values greater than 1000 ppb, and two sites yielded >8000 ppb Au along the >1 km strike length of the anomaly. The anomaly also encompasses many supportive +100 ppb Au values, and it also appears to be open to the west, near the valley bottom of Inlaw Creek. Bulk sampling and heavy mineral separation of soil collected at grid sample sites which yielded the highest gold values (up to 8650 ppb) confirmed their location and high gold content, and showed that visible gold was present on the property. Walton (1984) also noted that the gold was coincident with high As and Sb values, and noted that the As-Sb halo around the Au-rich core of the anomaly indicated that the system could be quite large.

The 1984 Chevron follow-up program also included prospecting and preliminary mapping, with over 30 grab samples and 11 channel samples collected. The grab samples included one sample which returned greater than 10,000 ppb gold, and the channel samples, all collected from a single trench, returned up to 6.2 g/t gold. The trench excavated by Chevron measured approximately 3 x 8 metres, with the long dimension oriented perpendicular to the overall trend of the gold-in-soil anomaly. According to Walton (1984), previous sampling in the area had returned grades in grab samples ranging up to 33 g/t Au.

In 1994 the Inlaw claim was allowed to lapse, but in 1998 it was restaked by Clive Aspinall as the Check-Mate 2 claims, and in the same year Aspinall collected a total of 51 rock, soil, and stream sediment samples, with the highest gold values returned being 2,054 ppb in a soil sample, 509 ppb from a stream sediment sample, and 704 ppb in a rock sample from float (Aspinall 1998).

In 2004, Aspinall optioned the property to Solomon Resources Ltd, and three additional claims were added to the north and east of Aspinall’s original Check-Mate 2 tenure. Solomon’s 2004 work program, was designed to confirm the soil geochemistry anomalies and bedrock sample results obtained by Chevron, as well as to evaluate the adjacent newly-staked claims.  Solomon’s crews collected a total of 58 rock samples, 223 soil samples and 21 stream sediment samples (Tupper 2005). The results, as well as those from other nearby streams, confirmed that the area was highly anomalous in Au, As, Sb, Hg, and Cu, as had been determined in the government Regional Geochemical Survey (RGS; BCGS, 1989).  In particular, the Solomon survey showed that the upper headwaters of Inlaw Creek were anomalous in Au.

In 2007, Charles Greig staked the Trapper claims based on the large gold anomaly that was defined by Chevron.

In 2008, Richfield Ventures Corp optioned the property and conducted additional soil-rock geochemical surveys for a total of 221 soil samples. Of the soil samples, 69 returned values greater than 100 ppb gold, with 12 samples yielding greater than 1.0 g/t, and a high of 3.75 g/t. Silver values ranged up to 11.4 g/t Ag. Thirteen rock samples were collected. Two of the samples yielded almost 20 g/t gold.  One limonite-rich float sample with notable galena (nearly 5% Pb) and nearly 3 oz/t silver.  Two vein float samples, with common galena, pyrite, sphalerite and minor chalcopyrite yielded values of 2 to 3 g/t Au, with 50 to 75 g/t Ag and 2 to 4 percent combined lead and zinc.

In 2010, Constantine optioned the property who subsequently assigned it to Ocean Park Ventures.

Mr. Gary R. Thompson, P.Geo., who is a qualified person as defined by National Instrument 43-101,  reviewed and approved the information in this press release.

Brixton is a Canadian exploration and development company focused on the advancement of its gold, copper and silver projects toward feasibility. Brixton wholly owns four exploration projects, the Thorn copper-gold-silver and the Atlin Goldfields Projects located in NWBC, the Langis-HudBay silver-cobalt Projects in Ontario and the Hog Heaven silver-gold-copper Project in NW Montana, USA.