Brio Gold Extends High-Grade Gold Mineralization at Its RDM Mine, Intercepts Include 9 Metres and 5 Metres at Over 12 g/t Gold

Brio Gold Extends High-Grade Gold Mineralization at Its RDM Mine, Intercepts Include 9 Metres and 5 Metres at Over 12 g/t Gold 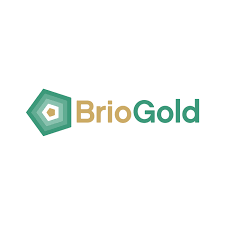 BRIO GOLD INC. (TSX: BRIO) is pleased to announce positive results from its recently completed drill program at its Riacho dos Machados mine, which includes 9.4 metres of 12.04 grams per tonne (g/t) gold and 5.2 metres of 12.02 g/t gold (true thickness), both within wider high-grade zones of 24.0 metres of 5.41 g/t and 18.0 metres of 4.96 g/t, respectively. The program also extended the open pit resource down dip, with higher than average mine grade intercepts that verify the geologic model of resource continuity consistent with greenstone belt deposits typical in Brazil.

The drilling program achieved four resource objectives: 1) To expand the Mineral Reserves of the existing planned life-of-mine pit. 2) To demonstrate the continuity of mineralization down-dip from the current LOM pit into areas that were previously underexplored. 3) To develop a high-grade Mineral Resource near the pit bottom that extends to depth. 4) To test these wide high-grade zones for underground mining potential. This potential may allow for supplemental gold production within the capacity of the existing plant, by supplanting some lower grade open pit tons with high grade underground production in the LOM plan.

The exploration program completed in 2017 at the RDM mine consisted of a total of 3,365 meters of core drilling contained within 11 resource holes intended to extend the mineralization down-dip (see Appendix A for a drill hole location map). The new resource holes were generally 100-meter step outs to the previous drill locations. All intercepts are consistent with the down-dip projection of the mineralized zones encountered in the current open-pit mining operation. Higher-grade mineralization is focused along southeast plunging mineralized zones or “shoots”, within the plane of the tabular mineralized zone. See Appendix B for representative cross sections. See Appendix C for a grade thickness map and an interpretation of the higher-grade zones, which demonstrates higher intensity at depth. A summary of significant intercepts is provided below.

The Company is planning additional drilling with the objective of continuing to expand the high-grade horizons down plunge and along strike. In addition, Brio Gold intends to further advance RDM by completing a Preliminary Economic Assessment (PEA) on the viability of an underground operation supplementing the existing open pit mine production. The objective of the PEA will be to determine if the RDM Underground Measured, Indicated, and Inferred Mineral Resources have the potential for economic extraction, and warrant more detailed and specific analysis. This study would also evaluate the most optimum LOM open pit if the operation was to include an underground contribution.

The water storage facility at the RDM mine was completed on time and on budget in early 2017. With the start of the rainy season in November 2017, the reservoir is now building large water reserve volumes. Given the current stored volume and the rain forecast over the remainder of the rainy season, the Company expects storage of more than enough water for a full production year in 2018 and beyond.

The installation of the main powerline and substations, which will connect RDM to the power grid and replace the diesel power generators, remains on track for commissioning in the second quarter of 2018. Following the completion of the power line and additional minor modifications to the crushing circuit, the plant throughput is expected to increase from its current run rate of 7,000 tonnes per day to 9,000 tonnes per day. Cash costs are expected to substantially decrease as a result of significantly lower energy cost and economies of scale.

Brio conducted its drill hole sampling and analysis in accordance with best practice protocols using industry-standard methods. All analytical work is conducted using a Quality Assurance and Quality Control (QA/QC) program. Samples were picked up from the mine site and transported to an independent, certified commercial laboratory, ALS Brasil Ltda., a division of ALS Global, with sample preparation in Belo Horizonte, Brazil, and fire assays at their Lima, Peru facility. Sample preparation and fire assays were conducted with laboratory standard protocols. Brio’s complete analytical QAQC program, included the routine use of standards, blanks, and duplicates, applied to all samples analyzed by ALS Laboratories. Duplicate checks were conducted on a regular basis by a second independent commercial laboratory located in Belo Horizonte, Brazil.

Mr. Mark G. Stevens, Registered Geologist and C.P.G, is Vice-President, Exploration for Brio Gold and provided executive assistance during the drilling campaign and subsequently reviewed and confirmed the technical information contained in this press release. Mr. Stevens is a Qualified Person as defined in Canadian National Instrument 43-101 and confirms that to his knowledge all information contained in the press release is accurate and reliable.

Brio Gold is a new Canadian mining company with significant gold producing, development and exploration stage properties in Brazil. Brio Gold’s portfolio includes three operating gold mines and a fully-permitted, fully-constructed mine that was on care and maintenance and currently is in development to be re-started at the end of 2018. Brio Gold produced approximately 190,000 ounces of gold in 2016 and at full run-rate expects annual production to be approximately 400,000 ounces of gold.