Bowmore Signs a Letter of Intent to Acquire 100% of the Victoria Lake Tin Property in New Brunswick, Canada

Bowmore Signs a Letter of Intent to Acquire 100% of the Victoria Lake Tin Property in New Brunswick, Canada 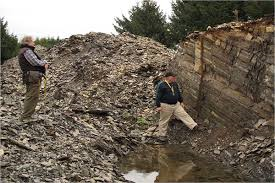 Bowmore Explorations Ltd. (TSX-V:BOW) (FRANKFURT:0B5) is pleased to announce that it has signed a Letter Of Intent to acquire 100% of the Victoria Lake Property located in southwestern New Brunswick, Canada from a group of private owners. The formal Option Agreement is to be entered into on or before September 30, 2014.

The Property is composed of 126 claims covering approximately 3,100 hectares and is located in Charlotte County along the south west part of New Brunswick roughly 40 km west of Saint John City and 19 kilometers of the Mount Pleasant Mine.

Pursuant to the Letter of Intent between the private owners and Bowmore Exploration Ltd. the Company may acquire up to 100% interest in the Property and will have the exclusive rights to explore and develop the Property over the next 4 years in consideration of:

At the end of this period, Bowmore will have acquired 100% interest in the Property. The vendors will retain a 2% Net Smelter Royalty (NSR) from the proceeds of any commercial production. Bowmore will have the right to purchase up to 1% of the NSR for the sum of $1,000,000 for a period of one year after a positive bankable feasibility study.

Mr. Paul Dumas, President of Bowmore, stated “We are pleased with this opportunity to acquire the Victoria Lake property. This allows the Company to expand its strategic exploration portfolio into the tin market given the high price and lack of global resources for this valuable commodity. Tin is a very scarce metal and it is highly sought after in the use of electronics and industrial industries due to its corrosion-resistant properties. We believe that with the current pullback of the gold price, Bowmore can benefit from diversifying outside of the gold sector, specifically when the opportunity that presents itself demonstrates above average potential within a sector where current demand continues to outpace supply.”

BOWMORE is a Canadian exploration mining company focused on precious metal exploration in Canada and Mexico.