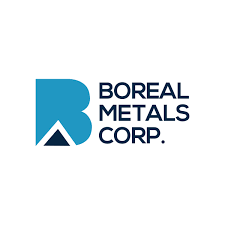 Boreal Metals Corp. (TSX-V:BMX) is pleased to announce the execution of a definitive agreement with EMX Royalty Corporation (NYSE American: EMX) (TSX-V: EMX) for the acquisition of the Mjövattnet and Njuggträskliden cobalt and nickel projects by Boreal Energy Metals Corp. a newly created subsidiary of Boreal.

The Mjövattnet and Njuggträskliden Projects are located in the prolific Skellefteå mining area in Northern Sweden.  Mineralization is comprised of massive sulfide bodies enriched in nickel, copper, and cobalt, with both properties hosting historic resources1.  Platinum group elements (PGE) and gold are also known to be enriched in the zones of mineralization, but have not been systematically assessed, representing additional exploration potential.  The Projects have undergone only limited modern exploration which follows Boreal’s development plans to acquire past producing projects and apply modern techniques.

“With the acquisition of Mjövattnet and Njuggträskliden, Boreal is executing its exploration project growth strategy by building on an excellent foundation of base and energy metals exploration projects in Scandinavia,” stated Karl Antonius, President and CEO.  “As Sweden and the European Union look towards the future needs for innovation and strategic metals, our projects with historic production have the potential to be part of the production chain.  The acquisition of projects continues to deliver significant benefits to Boreal’s shareholders and partners.”

The Agreement with EMX contains the following commercial terms:

The 9,000 hectare Njuggsträskliden and 6,400 hectare Mjövattnet licenses cover multiple drill defined zones of nickel-rich sulfide mineralization.  The Projects were recognized during a nationwide reconnaissance exploration program for nickel conducted between 1968 and 1984 by the Swedish Geological Survey and other government entities.  This led to the discovery of nickel mineralization at Mjövattnet in 1971, followed by the discovery of Njuggträskliden in 1974.  More than 80 nickel occurrences were identified during the reconnaissance programs, with state funded drill programs defining multiple historic mineral resources.  Mjövattnet and Njuggträskliden contained some of the highest average grades of nickel1 of the resources that were defined in the 1970’s and 1980’s.

Over the course of 20 years, several hundred holes were drilled on the Projects, intersecting both disseminated and massive styles of nickel-copper-cobalt sulfide mineralization associated with a suite of Proterozoic-aged mafic and ultramafic intrusions.  The mineralization remains open at depth, and possibly along strike in several cases.  More recent work included geophysical surveys and limited re-sampling of historic drill core for platinum group elements and gold.  These elements are shown to be enriched at Njuggträskliden and Mjövattnet, but their distribution is not well understood at present, and represents additional upside potential.

The Projects are accessible year-round, with infrastructure including paved roads, water and power, as well as skilled labour in nearby municipalities.

Given the limited shallow historic drilling (i.e., generally drilling <150 m) and untested targets at depth and along strike, Boreal believes that there is excellent potential for new discoveries at the Mjövattnet and Njuggträskliden properties.

Boreal is a mineral exploration company focused on the discovery of Zinc, Copper, Silver, Gold, Cobalt and Nickel deposits in exceptional, historical mining project areas spanning Sweden and Norway.  The Company aims to discover new economic mineral deposits in known mining districts that have seen little or no modern exploration techniques.  The Company is led by an experienced management team and technical team, with successful track records in mineral discovery, mining development and financing.

Daniel MacNeil, P.Geo, a Qualified Person as defined by National Instrument 43-101, has read and approved all technical and scientific information related to the Modum project contained in this news release.  Mr. MacNeil is Vice President Exploration for Boreal Metals Corp.