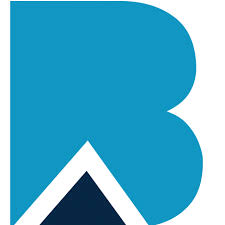 Boreal Metals Corp. (TSX-V:BMX) is pleased to announce results from its seven hole, 1,454.8 meter drilling program at the 100% owned Gumsberg project located in the prolific Bergslagen mining district in Sweden.

“We are delighted to see that the new Östra Silvberg South Discovery continues to return high-grade silver-zinc-lead mineralization,” stated Patricio Varas, CEO.  “Drilling completed to date on this zone has returned consistent intercepts from below surface to roughly 250 metres.  This new discovery at Gumsberg has relatively low density of exploratory diamond drilling and remains open in all directions.  We are excited for what further delineation drilling may deliver in the future.”

Exploration drilling cut significant mineralization at each of the target areas (Table 1).  The majority of the drilling was conducted at the newly discovered South Zone at Östra Silvberg and returned up to 5.12% Zn, 2.27% Pb and 93 g/t Ag over 8.04 meters (Table 1; Figures 1-2).  Two of the four holes drilled at Östra Silvberg also intersected unmapped mine workings, which project to deeper levels and further east than was indicated by historic mine maps (Table 1; Figures 1-2).  In addition to Boreal’s drill successes, this also suggests that mineralization is more extensive in the area than previously recognized.

Boreal plans to continue step-out drilling at the high grade Östra Silvberg South Discovery while testing high priority drill targets identified in the Vallberget-Loberget area where high-grade bedded, exhalative style zinc mineralization (sphalerite) has been recognized in mining dumps around the old surface workings.  This exhalative-style of zinc mineralization forms large deposits elsewhere in the prolific Bergslagen mining district (e.g., the Lundin Mining Zinkgruvan deposit), and has not been previously documented at Gumsberg.

Overview of the Gumsberg Project

The strategically situated Gumsberg project consists of seven distinct project target areas in the Bergslagen Mining District of southern Sweden totaling over 18,300 hectares, where multiple zones of VMS and related styles of mineralization have been identified.  Precious and base metal mineralization at Gumsberg was mined from the thirteenth century through the early nineteenth century, with over 30 historic mines present on the property, most notably the Östra Silvberg mine, which was the largest silver mine in Sweden between 1250 and 1590.

Boreal is a mineral exploration company focused on the discovery of zinc, copper, silver, and gold deposits in exceptional, historical mining project areas spanning Sweden and Norway.  The Company aims to discover new economic mineral deposits in known mining districts that have seen little or no modern exploration.  The Company is led by an experienced management team and technical team, with successful track records in mineral discovery, mining development and financing.

Drill core is logged and prepped for sampling before submittal to ALS in Malå, Sweden where it is cut, bagged and prepped for analysis.  Accredited control samples (blanks and accredited standards) are inserted into the sample intervals regularly. Samples are dried (if necessary), weighed, crushed (70% < 2mm), and riffle split into two fractions.  One is retained (coarse reject) and the other is pulverized to 85% < 75µm.  Pulps are analyzed by ultra-trace ICP-MS (ME-MS41) and ICP-AES Au-Pt-Pd (PGM-ICP23).  Over detection limit samples are reanalyzed using ore grade ICP-AES by aqua regia (ME-OG46) or by AAS in the case of high-grade zinc (ZnAAORE).

Daniel MacNeil, P.Geo, a Qualified Person as defined by National Instrument 43-101, has read and approved all technical and scientific information related to the Gumsberg project contained in this news release.  Mr. MacNeil is Vice President Exploration for Boreal Metals Corp. 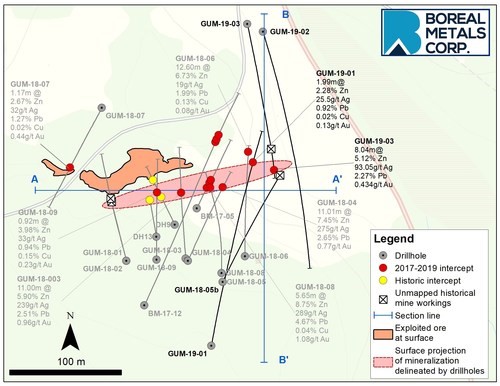 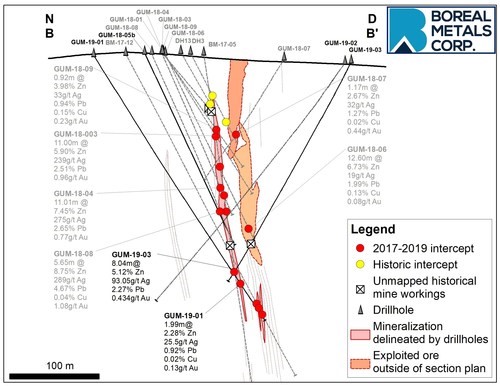