Bonterra Resources Inc. (TSX-V: BTR) (OTCQX: BONXF) (FSE: 9BR2) announces the results of assays received from recently completed drilling at the Gladiator deposit. Results include the intersection of 18.26 grams per tonne Au over an intersection length of 1.7 metres.

Bonterra had planned an aggressive winter drill program at Gladiator consisting of 12,000 to 15,000 m. The focus was zone delineation and infill drilling aimed at increasing indicated resources and to support planning for future underground exploration. The start of the drill program was delayed due to warm winter temperatures and heavy snowfall which slowed ice-making on Barry Lake. Required ice levels were not achieved and drilling was limited to near the shore where Barry Lake was frozen to the bottom. Due to the Covid-19 outbreak, the Company terminated the drill program earlier than planned. A total of 2,572 m of drilling was completed in 5 holes. Two additional holes were only partially drilled and the Company is still awaiting these results.

Three primary zones of mineralization are interpreted at Gladiator; the North, Main, and Barbeau Zones. The North and Main Zones are quartz vein mineralization hosted by steeply south-southeast dipping shear zones which have developed at the contacts of a gabbroic and felsic dykes with mafic and intermediate volcanic rocks (see cross section in Figure 1). The Barbeau Zone consists of quartz vein mineralization hosted by a shear zone which dips moderately (55o to 65 o) to the north and is correlated with offset of the gabbroic and felsic dykes. A number of less well-defined zones have been interpreted with orientations similar to the Barbeau Zone and similar to the North and Main Zones (Figure 1).

Greg Gibson, President and CEO of the Company commented “We are pleased with these early, albeit limited, results. In particular, the results on the newly interpreted North Zone support the interpretation of geological continuity and demonstrate the potential to add significant near surface ounces to the Gladiator resource. Also, of particular significance is the prediction and intersection of significant mineralization in the newly interpreted north dipping zones. We hope to resume the Gladiator drilling from a barge after spring break up and when current restrictions due to the Covid-19 virus have been lifted.”

Gold analyses of Gladiator drill core are completed at the Bachelor Mine assay laboratory. The Company employs an industry standard QAQC program that includes duplicate analyses from pulp and coarse rejects and the use of Certified |Reference Materials (CRM) and blanks. Check assays on a minimum of 10% of the samples are completed at ALS Laboratories in Val-d’Or. 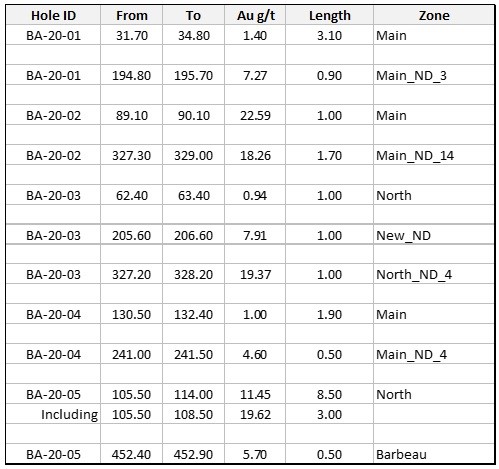 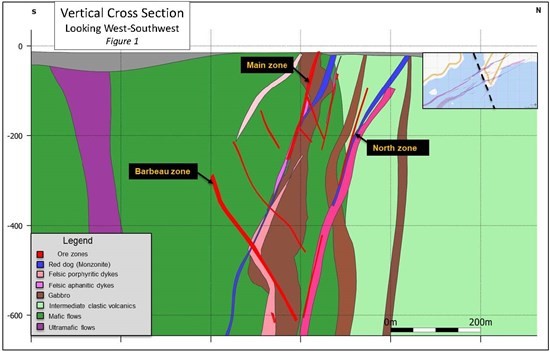 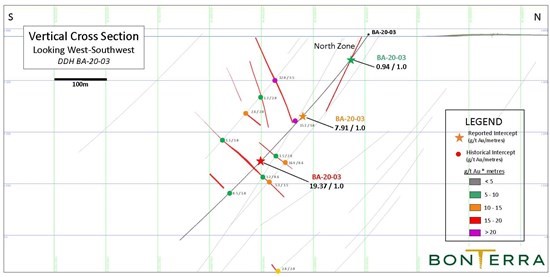 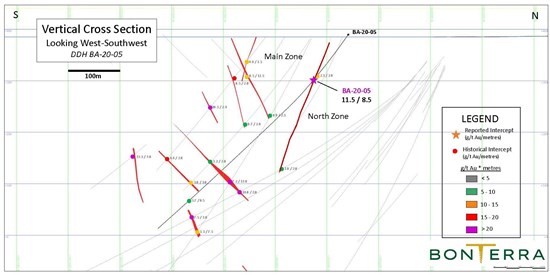