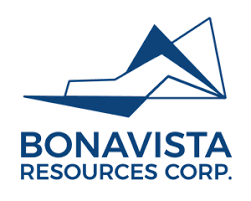 Bonavista Resources Corp. is pleased to announce positive diamond drill results at the Hickey’s Pond prospect, part of the Company’s Burin Gold Project. Bonavista is a private exploration company that is preparing to go public in 2021, and holds 100% the Burin Gold Project, a 159 km2 mineral property covering over 20 km of strike of little explored, highly prospective epithermal gold systems on the Burin Peninsula, southeast Newfoundland.

The drilling campaign, consisting of seven diamond drill holes totalling 1,026 m of HQ core, was designed to drill the historical Hickey’s Pond showing as well as test 700 meters of a 7,000 m geophysical anomaly extending along strike from Hickey’s Pond (Figure 1). All completed holes encountered gold mineralisation. Six of the holes intersected significant widths of > 1 g/t Au at shallow depths over 400 m strike length (Table 1). Best intersections included 1.12 g/t Au over 58.25 m with 4.43 g/t Au over 10.8 meters in HP-20-002. The cross-section A-A’ through the center of the Hickey’s Pond showing (Figure 2) shows a 25- to 60-meter-wide zone of pervasively altered, low-grade mineralisation enveloping high-grade mineralised lenses. The gold-rich zone extends from surface to more than 100 meters depth and is open along strike in both directions.

Future exploration drilling will focus on further defining the down-dip and along strike extensions of these mineralised zones as supported by coincident IP and VTEM geophysical anomalies. The Hickey’s Pond showing is just one of numerous gold showings identified but as yet not drill tested along the more than 20 km long corridor of epithermal alteration zones within the Company’s Burin Gold Project.

“I am pretty excited about the potential at Hickey’s Pond. The area has received little gold exploration for decades. The drill holes all intersected wide gold mineralisation with areas of higher grade over 700 m of strike length drilled in the program. It is unusual to drill an initial widely spaced program and have all completed holes intersect gold mineralisation. The mineralising system appears to be large. Only a fraction of the geophysical anomaly coincident with the gold mineralisation has been drilled. Once the Company has successfully completed a go-public transaction, I look forward to resuming drilling at Hickey’s Pond as well as exploring the other showings of epithermal mineralisation on the property.”

Coordinates are given in NAD83, UTM zone 21.

The Company employs a rigorous quality assurance program to ensure confidence in the assay results. The 2020 drill program consisted of HQ3-sized core, recovered using split tubes, with sawed half-core samples, nominally based on 1 m lengths, sent to ALS Geochemistry in North Vancouver, British Columbia, for analysis. Analyses were completed for both multi-element (ME-MS61) and gold fire assay (Au-AA26). Samples from HP-20-001 and HP-20-002 were analysed for gold by metallic screen fire assay (Au-SCR24). For the remainder of the drill holes, samples that returned over > 1 g/t Au in fire assay have been selected for metallic screen fire assays; these assays are still in progress, but comparison of fire assay and metallic screen data from holes 001 and 002 indicate that the pending metallic screen assays are not expected to materially change the results.

Field duplicate ¼ core samples, geochemical blank material, and certified reference materials were inserted into the sample stream at regular intervals for a total of approximately 11% of the total number of samples submitted to the assay laboratory to monitor laboratory and sampling precision and accuracy.

David Clark, MSc, PGeo, Bonavista’s President and CEO, is the Company’s Qualified Person as defined by National Instrument 43-101, Standards of Disclosure for Mineral Projects, and has prepared the technical information presented in this news release.

Bonavista is a private exploration company focused on exploring a large landholding in the underexplored Avalonian terrane on the Burin Peninsula, Newfoundland. This underexplored belt has direct analogues at Hope Brook in southwest Newfoundland (First Mining Gold) and Haile in South Carolina (OceanaGold), both multi million-ounce resources hosted in the same geological terrane as the Burin Peninsula rocks. Limited historical exploration by previous explorers combined with comprehensive documentation of the overall alteration system by government and academic workers creates a compelling opportunity for the discovery of Newfoundland’s next multi million-ounce gold system. The Company’s Burin Gold Project hosts several historical high-sulphidation gold showings over ~20 km of prospective geology, the best known of which is the Hickey’s Pond showing. Bonavista intends to go public in 2021.