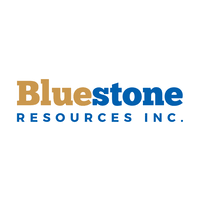 Darren Klinck, President and CEO commented, “We are pleased with the continued success of the infill drill program in the North Zone of the deposit which has been a focus for us the last six months. We expect to put out an updated resource later this year reflecting the additional information generated from the drilling in the North Zone. As well, with the positive impact this program will ultimately have on adding value to the Cerro Blanco project, we are continuing to drill, shifting our focus to the South Zone for the next several months.”

Highlights from initial results in the South Zone, include hole UGCB19-147 which was drilled at minus 15 degrees to the north in the South Zone underground workings and intercepted a total of seven sub-parallel sheeted veins, including Vein VS_06 which assayed 11.2 g/t Au and 78 g/t Ag over 13.7 meters.

Notes: Intervals in bold are cited in the text of the press release. Only intercepts averaging over 3 g/t Au when diluted to a minimum 3 meters true width are stated. Hole coordinates and azimuth/dip information accompany the plan view attached to this release.

Holes UGCB19-145 and UGCB19-146 were drilled steeply upwards and designed to test for extensions of veins VN_01, 02, and 05 within the upper Salinas conglomerates/sinter zone. No significant intercepts were drilled, only narrow, low-grade veins, in line with the current model that the veins diminish within this upper silicified unit.

Holes UGCB19-148 to UGCB19-152 are a series of holes drilled at horizontal to positive angles (upwards) from 4 individual platforms in the North Zone underground workings and intercepted targeted veins including 4.4 meters at 21.7 g/t Au and 2.3 meters at 49.2 g/t Au in UGCB19-150 and UGCB19-152, respectively.

A plan showing drill hole locations can be accessed by clicking HERE.

Assay results listed within this release were performed by Inspectorate Laboratories, a division of Bureau Veritas, which are ISO 17025 accredited laboratories. Logging and sampling are undertaken on site at Cerro Blanco by Company personnel under a QA/QC protocol developed by Bluestone. Samples are transported in security-sealed bags to Inspectorate, Guatemala City, Guatemala, for sample preparation. Sample pulps are shipped to Inspectorate Laboratories in Vancouver, BC, Canada or Reno, NV, USA, and assayed using industry-standard assay techniques for gold and silver. Gold and silver were analyzed by a 30-gram charge with atomic absorption and/or gravimetric finish for values exceeding 5 g/t Au and 100 g/t Ag. Analytical accuracy and precision are monitored by the analysis of reagent blanks, reference material, and replicate samples. Quality control is further assured by Bluestone’s QA/QC program, which involves the insertion of blind certified reference materials (standards) and field duplicates into the sample stream to independently assess analytical precision and accuracy of each batch of samples as they are received from the laboratory. A selection of samples is submitted to ALS Chemex Laboratories in Vancouver for check analysis and additional quality control.

Bluestone Resources is a mineral exploration and development company that is focused on advancing its 100%-owned Cerro Blanco Gold and Mita Geothermal projects located in Guatemala. A Feasibility Study on Cerro Blanco returned robust economics with a quick pay back. The average annual production is projected to be 146,000 ounces per year over the first three years of production with all-in sustaining costs of $579/oz (as defined per World Gold Council guidelines, less corporate general and administration costs).