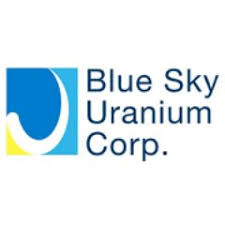 Blue Sky Uranium Corp. (TSX-V: BSK) (FSE: MAL2) (OTC: BKUCF)  is pleased to announce assay results from the third and last tranche of the recently completed reverse circulation drilling program at the Ivana Deposit (as announced on April 5, 2022), within its wholly-owned Amarillo Grande Uranium-Vanadium Project in Rio Negro Province, Argentina. This tranche of drilling returned 2,042 samples from 209 holes averaging 9.3m depth that tested areas of lower drill hole density at the margins of, and within, the western portion of the Ivana deposit; as well as testing the potential expansion of the deposit to the west (see Figure 1 and Table 1*). These results will be included in a future mineral resource estimate update for the Ivana deposit.

Highlights of the new RC drill results include*:

Nikolaos Cacos, Blue Sky President & CEO commented, “These results complete a very successful program, once again hitting significant uranium and vanadium mineralization both at our infill and expansion targets.  We look forward to updating our resource estimate and moving the Ivana deposit closer to a prefeasibility stage in the future.”

The assay results from drilling in the step-out zone, to the west of the current Ivana mineral resource, have confirmed the presence of uranium and vanadium mineralization near surface. Hole AGI-764, located 700m west of the boundary of the current mineral resource estimate published on February 27, 2019, includes 8 metres averaging 197ppm U3O8 and 202ppm V2O5 from 1 to 9 metres in depth, including 1m @ 805ppm U3O8 and 243ppm V2O5 starting at 1 metre.

In this potential expansion step-out zone, the presence of near surface vanadium mineralization is notable, as observed in the following highlighted intercepts:

Drilling of areas with previously low-density hole coverage within the boundary of the current mineral resource estimate yielded a number of significant uranium intercepts as reported above, in addition to those previously reported on April 5, 2022. Many of these holes also had notable vanadium intercepts, as highlighted below:

The drilling program was carried out by AVG Patagonia Drilling using a FlexiROC D65 drill rig from Atlas Copco, an ore-control track-mounted rig adapted to reverse circulation with triple cyclone to reduce the dust loss during sampling and automatic sampling.

Samples were sent to ALS Argentina for preparation by drying, crushing to 70%

<2mm, riffle splitter 250g and pulverize to 85% ><75 µm. Pulps were sent to ALS Peru for analysis of multi-elements ultra-trace method combining four acid digestion with Inductively Coupled Plasma (“ICP”) instrumentation. Digestion is performed on 0.25g of sample to quantitatively dissolve most geological materials. Analytical analysis is performed with combinations of ICP-AES (Atomic Emission Spectrometry) & ICP-MS (Mass Spectrometry). Approximately every 10th sample a blank, duplicate, or standard sample is inserted into the sample sequence for quality assurance/quality control (“QA/QC”) purposes.  A total of 2 out of 355 CRM analyses reported warnings in the range of 2-3 Standard Deviations from the certified value; 1 failure of just over 3 Standard Deviations from the certified value was reported.  These were viewed as non-consecutive and within the acceptable limits.  104 duplicate samples were submitted; 70% of the duplicates reported ><20% average difference.  A total of 223 included blanks were analyzed with no failures.  The QA/QC internal assessment determined that analytical results reported herein are within standard industry limits. >

The design of the Company’s exploration program was undertaken by the Company’s geological staff under the supervision of David Terry, Ph.D., P.Geo. Dr. Terry is a Director of the Company and a Qualified Person as defined in National Instrument 43-101.  The contents of this news release have been reviewed and approved by Dr. Terry.

About the Amarillo Grande Project

The Company’s 100% owned Amarillo Grande Uranium-Vanadium Project in Rio Negro Province, Argentina is a new uranium district controlled by Blue Sky. The Ivana deposit is the cornerstone of the Project and the first part of the district for which both a Mineral Resource Estimate and a Preliminary Economic Assessment have been completed.   Mineralization at the Ivana deposit has characteristics of sandstone-type and surficial-type uranium-vanadium deposits. The sandstone-type mineralization is related to a braided fluvial system and indicates the potential for a district-size system. In the surficial-type deposits, mineralization coats loosely consolidated pebbles, and is amenable to leaching and simple upgrading.

The Project includes several other target areas over a regional trend, at or near surface. The area is flat-lying, semi-arid and accessible year-round, with nearby rail, power and port access. The Company’s strategy includes delineating resources at multiple areas and advancing the entire project to prefeasibility level.

For additional details on the project and properties, please see the Company’s website.

Blue Sky Uranium Corp. is a leader in uranium discovery in Argentina. The Company’s objective is to deliver exceptional returns to shareholders by rapidly advancing a portfolio of surficial uranium deposits into low-cost producers, while respecting the environment, the communities, and the cultures in all the areas in which we work. Blue Sky has the exclusive right to properties in two provinces in Argentina. The Company’s flagship Amarillo Grande Project was an in-house discovery of a new district that has the potential to be both a leading domestic supplier of uranium to the growing Argentine market and a new international market supplier. The Company is a member of the Grosso Group, a resource management group that has pioneered exploration in Argentina since 1993.