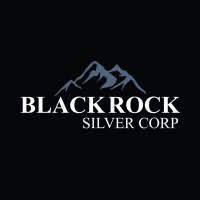 Blackrock Silver Corp. (TSX-V: BRC) is pleased to announce the completion of its non-brokered private placement previously announced on October 20, 2021 and upsized on October 25, 2021. First Majestic Silver Corp. purchased C$2.0 million of the Private Placement. The Company issued a total of 8,750,000 units at a price of C$0.80 per Unit for gross proceeds of C$7.0 million. Each Unit consisted of one common share of the Company and one-half of one common share purchase warrant. Each Warrant entitles the holder to acquire one Common Share at an exercise price of C$1.20 until November 3, 2023.

In connection with the closing of the Private Placement, the Company paid Red Cloud Securities Inc., PI Financial Corp., Canaccord Genuity Corp. and Research Capital Corporation finders’ fees in cash totalling C$267,348, representing 6% of the proceeds raised from Units placed by the Finders and issued to the Finders a total of 167,093 non-transferable finder warrants, representing 3% of the Units placed by such Finders. Each Finder Warrant entitles the holder to acquire one Common Share at an exercise price of C$1.20 until November 3, 2023.

Two insiders of the Company purchased or acquired direction and control over a total of 112,500 Units under the Private Placement. Such participation constitutes a “related party transactions” within the meaning of TSX Venture Exchange Policy 5.9 and Multilateral Instrument 61-101-Protection of Minority Security Holders in Special Transactions adopted in the Policy. The Company has relied on the exemptions from the formal valuation and minority shareholder approval requirements of MI 61-101 contained in sections 5.5(a) and 5.7(1)(a) of MI 61-101 in respect of related party participation in the Private Placement as neither the fair market value (as determined under MI 61-101) of the subject matter of, nor the fair market value of the consideration for, the transaction, insofar as it involves interested parties, exceeded 25% of the Company’s market capitalization (as determined under MI 61-101).

Blackrock is a junior gold-focused exploration company that is on a quest to make an economic discovery. Anchored by a seasoned Board, the Company is focused on its Nevada portfolio of properties consisting of low-sulphidation epithermal gold & silver projects located along the established Northern Nevada Rift in north-central Nevada and the Walker Lane trend in western Nevada.