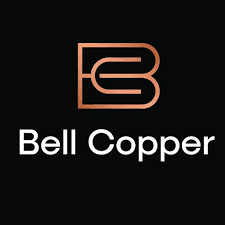 Bell Copper Corporation (TSX-V: BCU) is pleased to report that it has drilled into a new porphyry copper system at its Big Sandy project, a large, truncated porphyry copper-molybdenum target located in northwestern Arizona, approximately 30 kilometers south of the Company’s Perseverance Project.

After drilling a water well to support a multi-hole, potentially multi-rig, drilling campaign, Bell began core drilling BS-1 in early November 2020. At a depth of 889 meters, BS-1 cut leached capping consisting of gossan veins in sericitized quartz monzonite porphyry of suspected Laramide age and Precambrian chloritized (i.e. “greenrocks”) granite porphyry. A weak supergene enrichment blanket in which chalcocite forms rims surrounding pyrite grains extends to the base of oxidation at 938 meters. Scattered small grains of native (metallic) copper were seen above the chalcocite-bearing interval. Below the base of oxidation, disseminated pyrite constitutes about one volume percent of the sericitized porphyry host rock. Veinlets of quartz carrying 3-millimeter-wide crystals of molybdenite (“B-veins” of Gustafson and Hunt, 1975) cut the porphyry. Drilling was suspended for the Christmas holiday, and has now resumed on BS-1.

The coexistence of chlorite, sericite, molybdenite, sphalerite, and weak chalcocite in the same small volume of core leads Bell to believe that BS-1 has penetrated a porphyry copper system near the inner edge of the propylitic, or “greenrocks”, environment. A copper-rich shell, if one is present, would be expected within a few hundred meters of BS-1.

The Company will take full advantage of having an active drillhole into sulfide-bearing porphyry by conducting 2 borehole studies in BS-1 in the coming weeks. These include an acoustic televiewer log and downhole radial Induced Polarization survey. The combination of information from these studies will help Bell understand the tilt of the porphyry system, the principal vein and fault orientations, and the distribution of chargeable sulfides away from the drillhole. Such studies are expected to be useful in targeting shallower, more sulfide-rich parts of the systems with the upcoming drillholes.

Bell will use the results from the IP survey to determine which of 4 currently permitted sites will be best for drilling any chargeability anomalies that are detected.

Tim Marsh, Bell’s President and CEO, and a Qualified Person as defined by NI43-101, said,

The technical content of this release has been reviewed and approved by Timothy Marsh, PhD, PEng., the Company’s CEO and President. No mineral resource has yet been identified on the Big Sandy Project. There is no certainty that the present exploration effort will result in the identification of a mineral resource or that any mineral resource that might be discovered will prove to be economically recoverable.