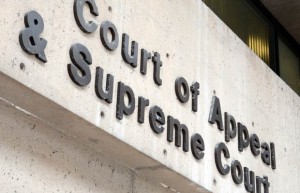 The Supreme Court of British Columbia (BC) on July 11 ruled that the BC government erred in its May 30, 2012 decision to make the Environmental Assessment Certificate permanent for the Tulsequah Chief mine. The Court ruled the determination of whether the mine was started must be done again and it must also be done in consultation with the Taku River Tlingit First Nation.

“This is a major legal decision in favor of the Taku River Tlingit, and the Court’s decision could also halt the Tulsequah Chief mine,” said Chris Zimmer, Alaska Campaign Director for Rivers Without Borders. “The mine cannot proceed without an Environmental Assessment Certificate. If, after consulting with the Taku River Tlingit, the BC government decides the mine has not been started, the Certificate will immediately expire and other approvals and permits for the mine are void, including the permit for the access road. The mine project would need a new environmental assessment process to obtain a new Certificate.”

Chieftain Metals had until December 12, 2012 to substantially start the Tulsequah Chief. Without notification to or consultation with the TRTFN, the BC Environmental Assessment Office  deemed the project substantially started in May 2012 despite the fact that very few of the mine’s physical components identified in its project description such as the underground mine, waste storage facilities or access road, had been started.

“This ruling voids the BC government’s previous decision and sets standards for a new decision that will be tough for Chieftain to meet,” said Zimmer. “I’ve recently flown over the mine site and there is very little that most people would consider mine site construction. Chieftain tried to claim that its paperwork and non-construction activities contribute to the substantial start of the Tulsequah Chief. But the Court’s ruling indicates that the primary focus of any substantially started decision should be long-term, physical works, and there are very few, if any, of these at the mine site.”

The legal victory for the TRTFN is one of several recent setbacks for Chieftain Metals and its Tulsequah Chief project.

“This high interest loan from its largest shareholder is the only thing keeping Chieftain afloat,” said Zimmer. “Chieftain hasn’t been able to entice any major construction investment and is yet again promising to ‘optimize’ its mine proposal to make it more attractive. But no matter how you look at it, the proposed Tulsequah Chief project is not viable economically, socially or environmentally. This project is the wrong mine in the wrong place.”

The proposed Tulsequah Chief mine is located on the banks of the Tulsequah River, a major tributary to the Taku River, and just upstream of the Alaska/BC border. The Taku watershed is the transboundary region’s most productive salmon river and of great cultural and economic importance. The proposed mine has the potential to harm downstream commercial, sport and subsistence fisheries and the Tlingit way of life, and has caused controversy for over two decades.

Rivers Without Borders is a project of the Tides Center