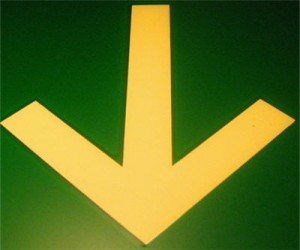 British Columbia’s mining industry faced significant headwinds in 2013 continuing the slide from a peak in 2011. While total shipments were higher in 2013 than 2012, revenues and earnings were down, according to the PwC BC Mining Industry Survey for 2013.

“In 2013 we saw investment in B.C.’s mining industry remain depressed as prices for its key commodities such as coal, copper, zinc and moly remained soft,” said Mark Platt, survey co-author and leader of PwC’s BC mining practice. “Producers hunkered down to minimize costs as they were hit with increased electricity rates, commodity market volatility, a skilled labour shortage and the additional costs of B.C.’s return to a PST and GST system last year.”

The PwC survey found aggregate gross mining revenues were $8.5 billion in 2013, down 7 % from 2012, largely due to continued global economic uncertainty and a resulting drop in prices of B.C.’s two largest revenue generating commodities, coal and copper. This slide impacted the aggregate pre-tax net earnings as well, which fell 22 % to $1.4 billion from the prior year.

The drive for greater operating efficiencies and cost trimming paid some benefits in 2013. Cash flow from operations increased to $2.6 billion in 2013, up 15 % from 2012. Not surprisingly, companies cut back on capital expenditures to conserve cash, with these falling 35 % to $1.8 billion in 2013.

B.C. is Canada’s largest copper producer, the country’s largest exporter of metallurgical coal and the only producer of molybdenum. The province is home to over 1,200 mining companies and the largest concentration of mining exploration and geoscience professionals in the world.

“In spite of some financial challenges over the last couple of years, B.C.’s mining sector continues to move forward,” said Marianne Carroll, survey co-author and a manager in PwC’s B.C. mining practice. “Since 2011, the Copper Mountain, New Afton, and Mount Milligan mines in B.C. have come into production. The province has a number of new mines under construction and the new Red Chris and Roman mines should open in 2014.”

Industry analysts are forecasting the prices of most precious and non-precious metals produced in B.C. to see a moderate recovery over the next 12 to 18 months. While the growth expectation for China, the world’s largest consumer of copper and other industrial minerals, is trimmed from previous years it is still predicted to grow at a respectable 7%. Other emerging nations such as India and Brazil are expected to continue fuelling the demand for metals and put upward pressure on prices. The U.S. economy continues to recover, and parts of Europe are showing signs of strengthening. All of these factors should help to increase the demand for products from B.C’s mines.

B.C. and other Canadian mining companies should benefit from a sustained lower Canadian dollar. PwC’s Q1 2014 Capital Markets Flash identified mining as a longer-term winner from the tumbling loonie as the commodities sold are priced in U.S. dollars, and many production costs such as labour and energy are incurred in Canadian dollars.

Platt added: “B.C.’s mining sector did have a tough year in 2013 but we’ve been through these cycles before. The real challenge for the miners, government, and communities is to ensure that B.C. remains a competitive region for a sustainable mining industry to weather these cycles.”

This year’s survey had 37 participants: 21 operating metal and coal mines (including 1 smelter); 14 in the developmental stage; and two exploration properties.

For a complete copy of PwC’s 2013 BC Mining Industry Survey visit: www.pwc.com/ca/bcminingsurvey

PwC Canada helps organizations and individuals create the value they’re looking for. More than 5,700 partners and staff in offices across the country are committed to delivering quality in assurance, tax, consulting and deals services. PwC Canada is a member of the PwC network of firms with more than 180,000 people in 158 countries.