BC mining and exploration expenditure growth flattens in 2019

BC mining and exploration expenditure growth flattens in 2019 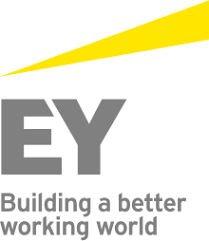 The Northwest region remains a key contributor to BC exploration

The Golden Triangle of northwestern BC continues to attract exploration activity, as investors capitalize on high-grade discoveries supported by investment from major firms, partnerships with Indigenous groups and continued infrastructure development. The Northwest region accounted for 55% of total expenditure for the province, seeing a 10% increase in spending.

“We’ve seen a further shift in spending along the exploration lifecycle with increases in late-stage exploration, bringing forward the possibility of new mines in the province in the near future,” says Thompson.

The decline in gold exploration investment continued in 2019, with its share down by 11% as investors increased their focus on base metals and other commodities. Decreases in gold were offset by increases in copper, whereas declines in coal were balanced by increases in nickel. Copper was the leading base metal, contributing 72% of total metal spend, up 31% to $103m.

“Seeing exploration spending remain steady and the significant investment into exploration activity in the Northwest region is encouraging,” says Kendra Johnston, President and CEO, the Association for Mineral Exploration. “It will be interesting to see the results from the projects in the area and we’re optimistic that it will be a busy year ahead for our members.”

The British Columbia Mineral and Coal Exploration Survey is a joint initiative between the Government of British Columbia’s Ministry of Energy, Mines and Petroleum Resources (EMPR), the Association for Mineral Exploration (AME) and EY, which includes insight collected from 326 exploration projects across the province.

EY is a global leader in assurance, tax, transaction and advisory services. The insights and quality services we deliver help build trust and confidence in the capital markets and in economies the world over. We develop outstanding leaders who team to deliver on our promises to all of our stakeholders. In so doing, we play a critical role in building a better working world for our people, for our clients and for our communities.