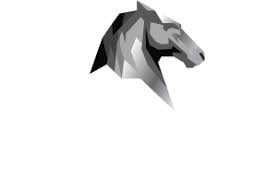 American Cordilleran Mining Corp, and AMCOR Exploration, the 20% minority holder, has advised Bayhorse that it is not contributing its proportionate share of the Joint Venture expenditures, and has accepted dilution of its interest below 10%. According to the terms of the Joint Venture formed between Bayhorse and AMCOR, Bayhorse now has acquired a 100% interest in and to the Mining Lease.

Subject to the approval of the TSX Venture Exchange, it is increasing the previously announced financing of $1,250,000 to $1,500,000, and has closed a second tranche of the financing for gross proceeds of $446,300. Each Unit consists of one (1) common share and one (1) transferable common share purchase warrant at an exercise price of $0.30 cents, exercisable for a period of 24 months from issuance.

The funds raised will be for working capital for the Bayhorse Silver Mine, and for general and corporate purposes.

This News Release has been prepared on behalf of the Bayhorse Silver Inc. Board of Directors, which accepts full responsibility for its contents.

Bayhorse Silver Inc., a junior mining & exploration company, has earned a 100% interest in the mining lease on the historic Bayhorse Silver Mine, Oregon, USA. Bayhorse  is also earning a 75% interest in the past producing Bridging the Gap Project, consisting of ASARCO’s historic Crown Point, Silver King, Ranger, Wyoming, Curlew, and Blackhawk silver/lead/zinc mines in Idaho’s Silver Valley.  The Company has an experienced management and technical team with extensive exploration and mining expertise.