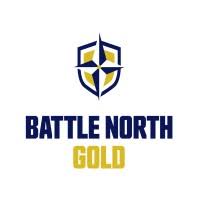 The net proceeds from the sale of the Common Shares are intended to be used for pre-development and development activities, repayment of the Company’s loan facility and for general working capital purposes. The proceeds from the sale of the Flow-Through Shares will be used to incur “Canadian exploration expenses” (within the meaning of the Income Tax Act (Canada)) on exploration, including on the Red Lake regional exploration claims. The Company will renounce such CEE to the purchasers of the Flow-Through Shares with an effective date of no later than December 31, 2020. Refer to the Prospectus Supplement for additional information with respect to the use of proceeds and the conditions and risks associated thereto.

As disclosed in the Prospectus Supplement, certain insiders participated in the Offering. Sun Valley Gold LLC and Franklin Resources, Inc., who are insiders of the Company (as a result of their beneficial ownership of, or control or direction over, directly or indirectly, greater than 10% of the outstanding common shares of the Company), participated indirectly in the Offering and acquired 3,243,250 Common Shares and 2,400,000 Common Shares, respectively, for an aggregate of C$10,440,013 in proceeds for the Company. The participation of these insiders in the Offering constitutes a “related party transaction” within the meaning of Multilateral Instrument 61-101 – Protection of Minority Security Holders in Special Transactions. The Company has determined that the transaction is exempt from the formal valuation and minority shareholder approval requirements of MI 61-101 by virtue of the exemptions contained in Sections 5.5(a) and 5.7(1)(a) of MI 61-101, as neither the fair market value of securities issued to insiders nor the consideration paid by insiders exceeded 25 percent of the Company’s market capitalization. The Company did not file a material change report in respect of the related party transaction 21 days in advance of closing of the Offering because insider participation had not been determined at that time. The shorter period was necessary in order to permit the Company to close the Offering in a timeframe consistent with usual market practice for transactions of this nature.

The securities offered have not been and will not be registered under the United States Securities Act of 1933, as amended, or under any state securities laws, and may not be offered, sold, directly or indirectly, or delivered within the United States of America and its territories and possessions or to, or for the account or benefit of, United States persons except in certain transactions exempt from the registration requirements of such Act. This release does not constitute an offer to sell or a solicitation to buy such securities in the United States, Canada or in any other jurisdiction where such offer is unlawful.

Battle North is a Canadian gold mine developer led by an accomplished management team with successful underground gold mine operations, finance, and capital markets experience. Battle North owns the significantly de-risked and shovel-ready Bateman Gold Project, located in the renowned Red Lake gold district in Ontario, Canada and controls the second largest and strategic exploration ground in the district. Battle North also owns a large gold exploration land package on the Long Canyon gold trend near the Nevada-Utah border in the United States.