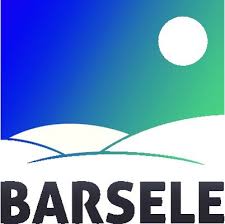 Barsele Minerals Corp. (TSX-V:BME) is pleased to report an operational update for the ongoing exploration program within the Barsele Gold-VMS Project area in Västerbottens Län, northern Sweden. The exploration program is being operated by joint venture partner Agnico Eagle Mines Limited (TSX:AEM) (NYSE: AEM). Ownership in the Barsele Project is 55% Agnico Eagle and 45% Barsele. Agnico Eagle can earn an additional 15% in the Barsele Project through the completion of a pre-feasibility study. There is no cash outlay by Barsele until pre-feasibility is completed.

Drilling was halted mid-December 2017, for the Christmas holidays. In January 2018, drilling resumed with two diamond drilling machines operational within the property. Twenty-three holes are reported in this news release of which one is expansion and two are infill, six are VMS related tests at Norra and fourteen are regional tests at Risberget. During 2017, 58,281 metres of core was collected from a total of 123 core holes. During January of 2018, two drills cored a total of 1,555.9 metres, with two drill holes completed and two ongoing at month end. Base of till testing is ongoing.

The technical information in this news release was verified by way of a site visit in December of 2017, by the Qualified Person, where the data was discussed with the site management and technical staff and the database was reviewed and drill core was examined.  The quality control/quality assurance program at the Barsele Project is described on the Barsele website at http://barseleminerals.com/s/QAQCProcedures-Barsele.asp.

This gold system remains open in all directions. These structurally-linked mineralized zones occur within granodiorite-volcanic-sedimentary host rocks that vary in width from 10’s of metres to 500 metres and have been traced over a strike length exceeding 8.0 kilometers. Gold is generally associated with arsenopyrite and low base metal content, but also occurs as native metal.

Barsele is a Canadian-based junior exploration company managed by the Belcarra Group, comprised of highly qualified mining professionals. Barsele’s main property is the Barsele Gold Project in Västerbottens Län, Sweden, a joint venture with Agnico Eagle. An updated NI 43-101 Technical Report is expected to be released by mid-April of 2018.