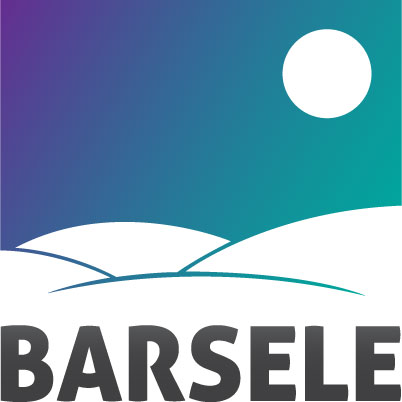 Barsele Minerals Corp. (TSX-V: BME)  is pleased to provide an operational update regarding ongoing exploration activities within the Barsele Gold-VMS Project area in Västerbottens Län, Northern Sweden. The exploration program is being operated by joint venture partner Agnico Eagle Mines Limited – (TSX: AEM) (NYSE: AEM). Ownership in the Barsele Project is 55% Agnico Eagle and 45% Barsele. Agnico Eagle can earn an additional 15% in the Barsele Project through the completion of a pre-feasibility study. There is no cash outlay requirement by Barsele until a pre-feasibility study is completed.

Between January 1st and November 30th, Agnico Eagle personnel and contractors have continued with office-related and field-specific exploration activities at a number of exploration sites throughout the property. Work has included diamond drilling, gravity and magnetic surveys, and base of till sampling, along with an extensive surface till sampling campaign utilizing multi-element fine fraction analysis.

Within the Avan and Central gold zones, new mineralized structural trends are emerging, and recent drilling has been encouraging. In addition, base of till drilling and sampling has defined a new area known as Bastuträsk, located 4.8 kilometres ENE of the Barsele gold deposit. Nine short drill holes have tested this area, which has both precious and base metal potential. Most drill results are pending.

Diamond drilling from July 14th into early November, within the 46,991-hectare property totals 7,893 metres in 37 completed core holes. Since late 2015, a total of 155,345 metres of overburden penetration and core collection has been tabulated from a total of 404 drill holes. Analytical results for eight drill holes from the 2020 drilling program are presented in this news release. The initial drilling focus has been along the NW extension of Avan-Central-Skiråsen “Orogenic Gold” system, with infill and expansion drilling focused within and between the Central and Avan zones. Volcanogenic massive sulphide targets have also been tested, along with most recent testing at Bastuträsk, with results pending.

Barsele’s President, Gary Cope states; “We continue to be very pleased with the ongoing drill results from the recent structural reinterpretation within the Avan sector. We look forward to future drilling efforts testing this new structural concept. High-grade (Bonanza-style) results as in AVA18004-extension, are expected to enhance the overall grade of gold mineralization at Barsele. Hopefully structural studies at Central and Skiråsen will provide similar vectors warranting future drill testing. We also look forward to the remaining results from newly discovered Bastuträsk.”

The technical information in this news release was verified by way of a site visit in January of 2020 by the Qualified Person, wherein certain data and protocols were discussed with the site management and the technical staff and the database was reviewed and drill core and till sampling material and handling procedures were examined. Since January, updates have been via detailed monthly reports and video conferencing between Barsele management and Agnico Eagle management. Agnico Eagle maintains comprehensive quality control/quality assurance protocols.

All samples referred to in this news release were tested at independent MS Analytical Service, wherein core cutting and sample preparation is carried out in Storuman, Sweden and the analyses of both Au and multi-element analysis is completed in Canada. The assay method is SWED-Edh-6, which comprises:  FAS-121, Au fire assay-AA on 50 gram-above 3 ppm Au fire assay-gravimetric; FAS-425, Au by fire assay and gravimetric finish 50-gram nominal sample weight; IMS-230, 48 element four-acid digestion ICP-MS; ICF-6Xx, default over limit methods for ICF-6Ag, ICF-6As, ICF-6Cu, ICF-6Pb, ICF-6Zn, SPM-210 (S);  FAS-418, Ag by fire assay and gravimetric finish for Ag above 1,000 ppm. For semi-massive to massive sulphide rock, ICP-130 aqua regia is used for multi element analysis, instead of the four-acid digestion.

The Barsele Project is located on the western end of the Proterozoic “Skellefte Trend”, a prolific volcanogenic massive sulphide deposits belt, that intersects with the “Gold Line” in Northern Sweden. Both polymetallic “VMS” deposits and intrusive hosted “Orogenic gold” deposits are present in this region and on this property. Current and past producers in the region include Boliden, Kristineberg, Bjorkdal, Svartliden and Storliden.

The main gold-bearing system remains open in all directions. The structurally linked gold mineralized “lodes” occur mainly within a granodiorite host and to a lesser extent, volcanic and sedimentary rocks. Multiples of parallel to sub-parallel “lodes” that vary in width from 10 metres to 100 metres, combine for a maximum known thickness (including low grade-waste islands) of 425 metres. The Avan–Central–Skiråsen zones have a strike length approaching 3.6 kilometres and that same northwest trending structural corridor does contain localized bodies with gold mineralization over an additional 4.4 kilometres. The drill tested depth of the mineralized system approaches 1.0 kilometre and remains open. Gold is generally associated with arsenopyrite and low base metal content and occurs often as native metal.

Since drilling commenced on July 14th, “Orogenic Gold” targets were initially prioritized, with “VMS” targets emphasized during the latter stages of the program.

Barsele is a Canadian-based junior exploration company managed by the Belcarra Group, comprised of highly qualified mining professionals. Barsele’s main property is the Barsele Gold Project in Västerbottens Län, Sweden, a joint venture with Agnico Eagle. An updated NI 43-101 Technical Report on the Barsele Project with an effective date of February 21st, 2019, was filed on SEDAR on April 2nd, 2019.