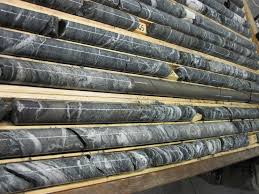 Balmoral Resources Ltd. (TSX:BAR) (OTCQX:BALMF) today provided an update on exploration activities on its Detour Gold Trend Project in Quebec. Drilling continues on the Project with two drills. Results from 40 holes remain pending and are anticipated over the next several weeks.

Drill testing of the high-grade Horizon 3 nickel-copper-PGE discovery on the Company’s Grasset Property is on-going. One drill is currently active with a second drill to be added for the remainder of the fall drill season following completion of the initial phase of testing of the Lac Hugo exploration target (see below). Drilling continues to focus on expansion of the known zone to depth and to the northwest at nominal 50 metre pierce point spacings.

To date, the Company has completed 26 holes through Horizon 3 of the Grasset Ultramafic Complex (“GUC”), which hosts high-grade nickel-copper PGE mineralization, with results from 17 holes currently pending. While the majority of the pending holes have solely targeted Horizon 3, one hole (GR-14-49) has been extended through the GUC to continue to evaluate the potential of Horizon 1 to host net-textured to massive sulphide mineralization similar to that observed on Horizon 3. The Company currently anticipates completing an additional 15-20 holes at Grasset prior to the end of the fall drill season.

To date, strongly disseminated to net-textured sulphide mineralization has been intersected on Horizon 3 for approximately 160 metres along strike and to an approximate vertical depth of 270 metres. The mineralized zone remains open to depth and to the northwest. The Company’s interpretation of results to date suggests that Horizon 3 projects through the upper mineralized intercepts in holes GR-14-22 and 23 (previously interpreted to form part of Horizon 2; see NR14-11, May 20, 2014). If confirmed by the current drill program, this would extend the known strike extent of nickel-copper-PGE mineralization along Horizon 3 to over 350 metres with it remaining open ended to depth and to the northwest.

In addition to the targeted nickel-copper-PGE mineralization, the Company has recently intersected a visible gold-bearing quartz-carbonate vein system in the hanging wall to Horizon 3. The extent of this newly discovered system is unknown and a decision on follow-up testing will be made following receipt of pending assay results.

Downhole EM surveying of the outer fringe of holes completed to date has continued and several strongly conductive features have recently been identified proximal to the deepest drill holes completed to date. The down-hole conductors appear to correlate well with the projected extensions of the Horizon 3 nickel zone.

The airborne geophysical survey of the GUC has now been completed and Balmoral anticipates receipt of the final geophysical data and interpretations within the next 4-6 weeks. Roughly 2,400 line kilometres of surveying were completed. Results of the airborne survey will be used to explore for additional zones of nickel-copper-PGE mineralization within the GUC, as well as to aid in the exploration for gold and other styles of mineralization within the broader property package. In addition to Balmoral’s holdings over the GUC the airborne survey covered the Company’s Jeremie, Lac Fleuri, Nantel and Grasset North Properties.

The summer 2014 diamond drill program on the Martiniere Property, located 40 kilometres west of the Grasset nickel discovery, has now been completed. In total 20 holes, totaling just under 6,500 metres, were completed along the Bug Lake Gold Zone. Drilling targeted an interpreted “steep” along the southern portion of the Bug Lake Zone, a previously sparsely tested portion of the Zone proximal to the fault which offsets the northern and southern segments and, on a visual basis, appears to have successfully extended the Bug Lake Zone to the north by 240 metres, bringing the total strike length of the system to over 1,280 metres. Final results from the summer program are anticipated within the next 3 to 4 weeks.

Initial drill testing of the Lac Hugo exploration target is currently underway. The Lac Hugo target, located on the eastern portion of the Grasset Property approximately 20 kilometres east of the Grasset Nickel discovery, is a blind exploration target spanning a 5.0 kilometre stretch along the Sunday Lake Deformation Zone (which hosts the Detour Gold Deposit 80 kilometres to the west). Geophysical work has identified an extensive I.P. (strongly resistive, weak to moderately chargeable) anomaly in an area of what is interpreted by Company geologists to be strong structural deformation along the trend of the Sunday Lake Deformation Zone in a previously undrilled area of the Property.

Balmoral anticipates completing 5-7 drill holes in the Lac Hugo area before transferring the second drill to the Grasset Nickel discovery for the balance of the fall drill season. This limited drill program will provide much needed geological information in an area of complete overburden cover and assist on-going evaluation of the Lac Hugo target and other exploration targets in the eastern portion of the Grasset Property.

The summer 2014 exploration program remains on schedule and on-budget.

The 8 recently staked claims which comprise the Jeremie 8 Property have been accepted and registered by the Quebec government. The Company has, as per the agreement announced on July 31, 2014 issued 7,000 shares to the property vendor and acquired a 100% interest in the claims, which are located at the northern end of Balmoral’s Jeremie Property. The Jeremie 8 claims are subject to a 1% NSR royalty in favour of the vendor. Balmoral has the right, at any time, to purchase 50% of the royalty from the vendor for $1,000,000 and has a right of first refusal on any sale or transfer by the vendor of the royalty interest. The shares issued are subject to a four month hold period expiring December 30, 2014.