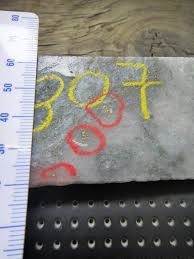 Balmoral Resources Ltd. (TSX:BAR)(OTCQX:BALMF) today reported that it has outlined a large, ovoid shaped, chargeability anomaly extending for over 1,800 metres in a NW-SE direction on its wholly owned Martiniere Property in Quebec. Known gold mineralized zones on the property, including the Bug Lake Gold Zones and the numerous high-grade intercepts in the Martiniere East area, are associated with, or flank, this large anomaly. The majority of the newly defined anomaly remains to be drill tested, suggesting potential for a significant expansion of the mineralized system in the Martiniere East/Bug Lake area.

In addition to the large anomaly in the Martiniere East area a new anomaly was identified in the NW corner of the survey area. This opened-ended anomaly is located along the flanks of a prominent magnetic high and sits immediately south of a series of airborne geophysical conductors which will also be examined by the current geophysical program.

Revisions to the current drill plan are currently underway to incorporate testing of the Martiniere East anomaly and potential extensions of the Bug Lake and related gold zones identified by the survey.

Balmoral also announced that it has identified a large geophysical anomaly on its wholly owned Doigt property which is located approximately 7 kilometres to the northwest of the Bug Lake area. On the Doigt Property, the Company has outlined a 600 metre long, open-ended chargeability anomaly, associated with a distinct resistivity high, which flanks a gabbro body identified in the area by mapping. A small, isolated EM conductor also correlates with the chargeability anomaly. There is no known historic drilling on the Doigt Property.

This association of a gabbro body with distinct EM and I.P. anomalies flanking it, in less magnetic rocks, is nearly identical to the signature of the known gold mineralized zones at Martiniere West and the Company’s Fenelon Property to the east. Both gold systems, and the Detour Gold deposit to the west, were discovered by testing isolated EM anomalies associated with the transition from strong to weak magnetic rocks making the Doigt target a high-priority for drill testing.

Located 40 kilometres east of Martiniere, the Grasset Property stretches for 20 kilometres along the Sunday Lake Deformation Zone and has seen very limited historic exploration. Grasset hosts recent gold and base metal discoveries and geophysical work is now underway on the property to refine drill targeting for follow-up of both the Grasset gold and nickel-PGE discoveries, and to examine other select areas on the property. Follow-up testing of these anomalies will be scheduled once the geophysical results have been received and evaluated.

Diamond drilling continues on the Martiniere Property with approximately 5,000 metres of a planned 10,000 metres completed to-date in 18 holes. Initial drill results remain pending and will be released as they become available. As noted above the summer/fall drill program will be modified to incorporate testing of the recently defined geophysical anomalies.

Mr. Darin Wagner (P.Geo.), is the non-independent qualified person for the technical disclosure contained in this news release. Mr. Wagner is the President and CEO of the Company. He has supervised the exploration activities described here in, reviewed and helped to evaluate the data, examined the diamond drill core from the holes discussed and visited the project site on multiple occasions.