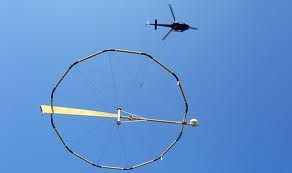 Balmoral Resources Ltd. (TSX:BAR) (OTCQX:BALMF) announced today that it has commenced a low-level, high-resolution, airborne electromagnetic survey, which will target additional occurrences of nickel-copper-PGE mineralization within the Grasset Ultramafic Complex. The southern end of the GUC hosts Balmoral’s high-grade Grasset nickel-copper-PGE discovery. The GUC trends northwest for over 16 kilometres from the discovery area and this will be the first modern low-level airborne survey over the bulk of the GUC.

The current airborne survey will utilize Geotech Ltd.’s state of the art VTEMPlus helicopter EM and magnetic gradiometer system. Data from a similar VTEM survey, collected along the southern margin of the GUC in 2011 by Balmoral, played a key role in the Grasset nickel discovery and in gold discoveries in the Grasset and Martiniere areas of the Detour Trend Project.

In addition to the Grasset Nickel Trend (Grasset-Fenelon-Jeremie South and Jeremie Properties), the survey will cover recently acquired additions to the Grasset Property, as well as the Lac Fleuri and Nantel claim blocks located east and south of the Grasset discovery respectively. The planned survey will include approximately 2,800 line kilometres of data collection and, subject to weather conditions, will be completed over the next two weeks. Final data products are expected to be available to the Company late third quarter or early fourth quarter 2014.

Drilling continues on both the Grasset and Martiniere Properties, which form part of the Company’s wholly owned, 700+ square-kilometre Detour Trend Project located in central Quebec.

Mr. Darin Wagner (P.Geo.), President and CEO of the Company, is the non-independent qualified person who has approved the scientific and technical information contained in this news release.

Balmoral is a Canadian-based discovery company focused on high-grade gold and nickel discoveries on its wholly owned, 700+ square-kilometre Detour Trend Project in Quebec, Canada. With a philosophy of creating value through the drill bit and a focus on proven productive precious/base metal belts, Balmoral is following an established formula with a goal of maximizing shareholder value through discovery and definition of high-grade, Canadian gold and base metal assets.