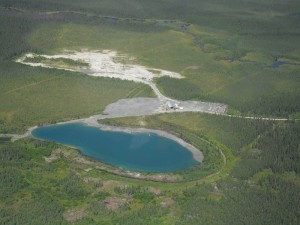 Balmoral Resources Ltd. (TSX:BAR) announces that it has closed the second and final tranche of its previously announced non-brokered private placement. In conjunction with this second closing, the Company has issued 422,270 flow-through common shares at a price of $0.475 per FT Share and 941,176 units at a price of $0.425 per Unit for aggregate gross proceeds of $600,578. In aggregate between the first and second closings the Company has received gross proceeds totaling $6,048,787 from the Offering.

The net proceeds raised from the Offering will be used by the Company for further exploration of its Detour Gold Trend Project and other property assets located in the Province of Quebec, for general working capital and other corporate purposes.

Balmoral is a Vancouver-based precious metal exploration and development company focused on district scale gold opportunities in North America. With a philosophy of creating value through the drill bit and with a focus on proven productive precious metal belts, Balmoral is following an established formula with a goal of maximizing shareholder value through discovery.