Balmoral Announces Appointment of Mr. Graeme Currie as a Director of the Company

Balmoral Announces Appointment of Mr. Graeme Currie as a Director of the Company 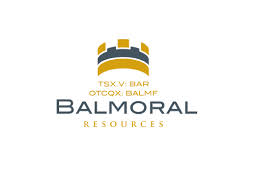 Balmoral Resources Ltd. (TSX:BAR) (OTCQX:BALMF) is very pleased to announce that Mr. Graeme Currie has joined the Company as a member of the Board of Directors, effective January 13, 2014. Mr. Currie most recently served as Director, Investment Banking at CanaccordGenuity Limited where he concentrated specifically on the junior mining sector. He retired from Canaccord in August 2012. Prior to his role in investment banking Mr. Currie was with Canaccord as a Senior Mining Analyst for over 22 years, focussing specifically on the junior mining sector. Mr. Currie brings to the Board over three decades of experience evaluating junior exploration and development companies worldwide and extensive knowledge of the capital markets as they relate to the mineral exploration and development industry.

Mr. Currie will replace Mr. Henk Van Alphen on the Board of Directors. Mr. Van Alphen has advised the Company that he will resign from his duties as a director of Balmoral, effective January 31, 2014 to concentrate more of his time on the affairs of TSX listed Cardero Resource Corp., where he is President and CEO. Balmoral would like to thank Mr. Van Alphen for his contribution to the Company since its inception, and to wish him the very best in his future endeavours.

“We are very pleased to add Graeme’s capital markets expertise, analytical experience and energy to the Board as we move the Company’s Detour Gold Trend discoveries forward,” said Darin Wagner, President and CEO of Balmoral. “We will miss Henk’s entrepreneurial spirit and thank him for his efforts over the last three years.”

Balmoral is a Canadian-based precious metal exploration and development company focused on the delineation and continued expansion of high-grade gold discoveries along the Detour Gold Trend in Quebec, Canada. With a philosophy of creating value through the drill bit and with a focus on proven productive precious metal belts, Balmoral is following an established formula with a goal of maximizing shareholder value through discovery and definition of high-grade, Canadian gold assets.