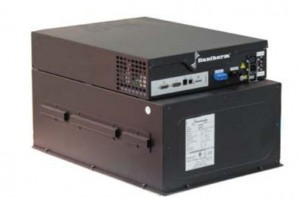 Ballard Power Systems (NASDAQ:BLDP) (TSX:BLD) today announced receipt of a purchase order from Aditya Birla Group for fifty ElectraGenTM-H2 direct hydrogen modules that will be deployed in the Idea Cellular network in India. All modules are expected to be shipped in 2015. This order represents the first step in a planned deployment of as many as 200 systems by the end of 2016.

The Aditya Birla Group is a US$41 billion conglomerate with 120,000 employees in 42 countries. Idea Cellular, is one of India’s largest wireless service providers and is a member company of the Aditya Birla Group of companies. Idea Cellular has 165 million subscribers, including 37 million data users, and revenue of US$5 billion which represents 18% market share. Idea Cellular has untaken extensive testing and trialing of Ballard’s ElectraGenTM product since late-2013.

The Aditya Birla Group has been a leading innovator in the many industrial sectors in which it operates. Its chemical division, ABCIL, owns chemical processing facilities throughout India. A number of these plants generate hydrogen as a by-product of chemical production processes. As yet another business innovation, the Company plans to capture its low cost by-product hydrogen from select chemical plants and utilize it as a fuelling source for the newly ordered ElectraGenTM-H2 modules, which it plans to deploy in the Idea Cellular wireless network.

“Aditya Birla is leveraging its existing chemical production assets to reduce the cost of the entire ecosystem needed for delivery of a highly reliable telecom backup power solution,” said Steve Karaffa, Ballard’s Chief Commercial Officer. “In India, where the electric grid itself is often unreliable, the need for cost-effective backup power is mission critical for wireless telecom operators.”