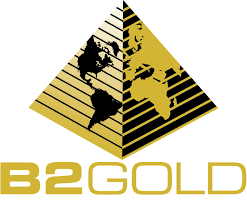 B2Gold Corp. (TSX: BTO) (NYSE AMERICAN: BTG) (NSX: B2G) announces a positive initial open-pit resource at the newly-discovered El Limon Central zone, at the El Limon property in Nicaragua, of 5,130,000 tonnes at a grade of 4.92 grams per tonne (“g/t”) of gold containing 812,000 ounces of gold (refer to table below). This large, good grade new zone has the potential to decrease the El Limon Mine’s cash operating costs and all-in sustaining costs per ounce, dramatically increase the El Limon mine life, and could lead to an expansion of the El Limon mill to a higher throughput rate which could potentially double annual gold production.

The El Limon Central zone, at its closest location, is approximately 150 metres from the El Limon mill facility, extending southeast and northwest, adjacent to existing plant and administrative infrastructure. Historical records indicate that parts of the Central zone had been mined underground in past decades. B2Gold’s recent exploration work indicates the underground mining was much more limited than previously thought.

The Mineral Resource estimate was prepared in-house at B2Gold. A total of 248 drill holes (35,871 metres of drilling) were used in the gold grade estimate with more than 75% of the drill meterage (28,078 metres) coming from diamond drilling, completed by B2Gold. The remainder of the drilling was completed by previous owners during the late 1990s through early 2000s.

Inferred Mineral Resources are amenable to open-pit mining methods and are reported within a pit shell run using a gold price of US$1,400/oz., an average gold recovery of 83.8% (based on preliminary metallurgical testwork), and recent EL Limon Mine cash operating costs.

B2Gold is currently conducting additional metallurgical testing on the El Limon Central ore and a study to evaluate the potential to expand the El Limon throughput to significantly increase annual gold production and reduce cash operating costs. The study is expected by mid-2018.

In 2017, an initial study was completed regarding the potential re-processing of the old tailings at the El Limon Mine. Based on historic mill and drilling records, the tailings contain an estimated 9 million to 11 million tonnes with a potential gold grade of 0.80 g/t to 1.0 g/t. An ongoing drilling program is underway as part of a feasibility study which will confirm resources and grades, the optimum grind size, capital costs and final project economics. Based on the initial study completed in 2017, the Company believes that the project has the potential to produce an average of approximately 20,000 to 25,000 ounces of gold and 70,000 to 80,000 ounces of silver per year for approximately 9 to 11 years. The concept is to regrind the old tailings to a much finer grind size, process them through a new CIP plant and place the tailings in a new lined tailings storage facility. The potential quantity and grade included in the initial study is conceptual in nature, and there has been insufficient exploration to date to define a Mineral Resource, and it is uncertain if further exploration will result in the target being delineated as a Mineral Resource.

The El Limon Mine has produced over 3 million ounces of gold since 1941, principally from the veins of El Limon, Talavera and Santa Pancha, the current focus of production. B2Gold purchased the mine in 2009, with the acquisition of Central Sun Mining, and the 19,200-hectare El Limon Mine is 95% B2Gold and 5% IMISA. The 2018 production forecast is between 55,000 to 60,000 ounces of gold.

Quality assurance and quality control procedures include the systematic insertion of blanks, standards and duplicates into the core sample strings. The results of the control samples are evaluated on a regular basis with batches re-analysed and/or resubmitted as needed. All results stated in this announcement have passed B2Gold’s quality assurance and quality control protocols.

Tom Garagan, Senior Vice President of Exploration, is the Qualified Person as defined under National Instrument 43-101, who has reviewed and approved the contents of this news release.

Headquartered in Vancouver, Canada, B2Gold Corp. is the world’s new senior gold producer. Founded in 2007, today, B2Gold has five operating gold mines and numerous exploration and development projects in various countries including Nicaragua, the Philippines, Namibia, Mali, Burkina Faso, Colombia and Finland. With the large, low-cost Fekola Mine now in production, B2Gold is well positioned in achieving transformational growth in 2018. In 2018, with the planned first full year of production from the Fekola Mine, consolidated gold production is forecast to be between 910,000 and 950,000 ounces. This represents an increase in annual consolidated gold production of approximately 300,000 ounces for the Company in 2018 versus 2017.