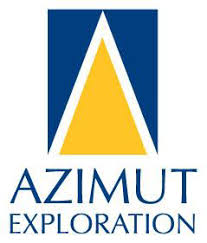 Azimut Exploration Inc. (TSX-V: AZM) is pleased to report the results of thirty-two diamond drill holes totalling 5,448.6 metres on the Eleonore South Property (Azimut-Goldcorp-Eastmain JV). This phase completes the 2017-2018 diamond drilling program of fifty (50) holes for 9,891.6 metres. Located in the James Bay region of Quebec, Eleonore South is adjacent to the property that hosts the major Eleonore gold mine owned and operated by Goldcorp (see Figure 1). A new work program is being prepared and will soon be announced.

From 2016 to 2018, Azimut has been the operator of surface exploration work and diamond drilling programs (76 holes totalling 15,134 m) that revealed a large tonalite-hosted gold-bearing system with the following key features:

In addition, gold zones in the metasediments around the intrusion, such as the JT Prospect, define a semi-circular area approximately 5.5 kilometres across with considerable exploration upside (see Figures 2 and 3).

Native gold has been identified in 18 of the 32 drill holes (see Figure 4).

The objectives of this diamond drilling phase were to (see press release of February 27, 2018):

The Moni Trend has now been drilled with twenty (20) holes totalling 2,351.2 metres, including twelve holes totalling 754.8 metres focused on the Moni Prospect. This includes the extension of hole ES16-48 by 107.2 metres (final depth of 258 m for ES18-48ext). One hole was abandoned (ES18-92 at 14.6 m). The northeast-striking Moni Trend is in the tonalite intrusion, about 500 metres from the metasedimentary contact.

Gold values obtained in these veins are generally related to the presence of visible gold. The dense drilling test below known surface mineralization was a useful tool for establishing the potential for continuity of gold mineralization in a Moni Type vein system. The results increase the confidence for successful drilling of similar veins.

Other drill intercepts along the Moni Trend returned encouraging values that may indicate multiple subparallel high-grade veins within a 200-metre-wide corridor:

The vein systems at the Moni Prospect and within the currently defined Moni Trend remain open at depth and laterally, warranting additional trenching and drilling.

The Contact Trend has been drilled with twelve (12) holes totalling 3,097.4 metres. This includes the extension of hole ES16-51 by 116.7 metres (final depth of 366 m for ES18-51ext). One hole was abandoned (ES18-108 at 57.0 m). Drilling confirms the presence of consistent gold mineralization along a zone at least 1.2 kilometres long and 150 to 300 metres wide, adjacent to the contact with the surrounding metasedimentary rocks.

The recent drilling phase shows a reasonably good geometric continuity of gold mineralization identified in 2017 in three drill hole clusters (see Figures 3, 7 and 8). These zones remain open down dip and along strike. From northeast to southwest, the clusters yielded the following results:

The drilling contract was awarded to Chibougamau Drilling Ltd based in Chibougamau, Quebec. The hole diameter is BTW. Drill core samples were sent to ALS Minerals in Val-d’Or, Quebec. Gold was analyzed by fire assay with atomic absorption and gravimetric finish for grades above 3.0 g/t Au. Samples were also analyzed for a 48-element suite using ICP. Azimut applied industry-standard QA/QC procedures to the program. Certified reference materials, blanks and field duplicates were inserted in all batches of drill core sent to the laboratory.

The 2017-2018 program is operated by Azimut under the supervision of Dr. Jean-Marc Lulin and the field direction of François Bissonnette, both professional geologists. This press release was prepared by Jean-Marc Lulin, acting as Azimut’s qualified person under National Instrument 43-101.

Azimut holds a strategic position for gold and base metals in Quebec, including one of the largest exploration portfolios in the James Bay region (21 properties covering 4,421 claims or 2,297 km2).