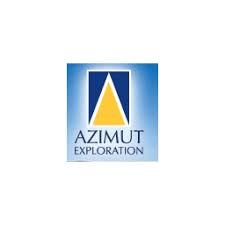 Azimut Exploration Inc. (TSX-V: AZM) (OTCQX: AZMTF) is pleased to announce the discovery of nickel-copper massive sulphide mineralization during its maiden diamond drilling program on the Wapatik Property. Associated with an ultramafic intrusion, the mineralized interval corresponds to an electromagnetic conductor with excellent chances for expansion. A minimum 6-hole (1,050-metre) follow-up program is already underway to further delineate the shape and extent of this discovery. Other attractive targets within the intrusion may also be drill-tested.

The Property, located in the Eeyou Istchee James Bay region of Quebec, is under option to Mont Royal Resources Limited (ASX: MRZ). Mont Royal can acquire an initial 50% interest in the Property by spending $4 million in exploration expenditures over four years and can earn a further 20% interest with an additional investment of $3 million and the delivery of a preliminary economic assessment over three years. Azimut is the operator.

In addition to the drill interval discussed above, other key milestones since the inception of the project are as follows:

Wapatik is a 25-kilometre-long project covering a largely underexplored part of the Lower Eastmain greenstone belt in the geological La Grande Subprovince of Archean age. It is on strike from the Patwon Gold Zone, approximately 35 kilometres to the east. It lies 10 kilometres north of the boundary with the geological Opinaca Subprovince.

The Property covers 220 claims (115 km2) in a single block. The area has excellent infrastructure, including road access and power lines.

Mont Royal Resources Limited is an Australian company that pursues various mining opportunities in the resources sector, with the aim of building shareholder value by acquiring, exploring, evaluating and exploiting mineral resource project opportunities. Mont Royal has a binding JV option agreement with Azimut to earn up to 70% of the Wapatik Gold-Copper Project. Mont Royal has also acquired 75% of Northern Lights Minerals’ 536-km2 package in the Upper Eastmain greenstone belt. The projects are prospective for both precious (gold, silver) and base metals (copper, nickel) in the James Bay area, a tier-1 mining jurisdiction in Quebec, Canada.

Azimut is a leading mineral exploration company in Quebec with a solid reputation for target generation and partnership development. The Company is actively advancing its wholly-owned flagship Elmer Gold Project to the initial resource stage.