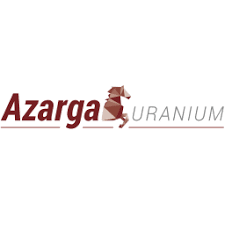 The projected cash flows for the Dewey Burdock Project PEA are positive in the second year of production, two years after the commencement of construction. Initial capital expenditures are estimated at US$31.7 million.

Both the ISR and non-ISR resources were determined using the GT contour method and met the following criteria:

For the purpose of the PEA, the uranium recovery is estimated at 80% for all categories of ISR resources. Therefore, life of mine U3O8 production is estimated to be 14.3 million pounds.

The Dewey Burdock Project Technical Report and PEA has been prepared in accordance with the requirements of NI 43-101 and was independently prepared by Woodard & Curran, Douglass Graves, P.E., a qualified person as defined under NI 43-101 and Roughstock Mining Services, Steve Cutler, P.G., a QP as defined under NI 43-101. The Technical Report and PEA titled “NI 43-101 Technical Report, Preliminary Economic Assessment, Dewey-Burdock Uranium ISR Project, South Dakota, USA” has been filed on SEDAR at www.sedar.com and Azarga Uranium’s website www.azargauranium.com.

The disclosure of a scientific and technical nature contained in this press release was approved by Douglass Graves, P.E. and Steve Cutler, P.G., qualified persons as that term is defined under NI 43-101.

Azarga Uranium is an integrated uranium exploration and development company that controls ten uranium projects and prospects in the United States of America (“USA”) (South Dakota, Wyoming, Utah and Colorado), with a primary focus of developing in-situ recovery uranium projects. The Dewey Burdock in-situ recovery uranium project in South Dakota, USA (the “Dewey Burdock Project”), which is the Company’s initial development priority, has received its Nuclear Regulatory Commission License and draft Class III and Class V Underground Injection Control (“UIC”) permits from the Environmental Protection Agency and the Company is in the process of completing other major regulatory permit approvals necessary for the construction of the Dewey Burdock Project, including the final Class III and Class V UIC permits from the EPA.