Aya Gold & Silver Inc. (TSX: AYA) is pleased to report additional underground silver assay results from its 2021 drill exploration program at the Zgounder Silver Mine in the Kingdom of Morocco.

“We are delighted with today’s results, which continue to demonstrate Zgounder’s high-grade potential at depth.  In particular, holes T28-21-2125-203, T28-21-1975-253 and T28-21-1975-253bis rank among our top all-time best drill intercepts at Zgounder on a grade by thickness basis. These newly drilled high-grade mineralized pods located below the current mining galleries validate continuity at depth and to the east at Zgounder,” said Benoit La Salle, President & CEO.

Included in this release are results for 70 diamond drill holes (“DDH”), which include three DDH from surface and 67 underground percussion holes. For a full summary of today’s results from the 2021 drill program, refer to Appendix 1 for surface results and Appendix 2 for underground results. 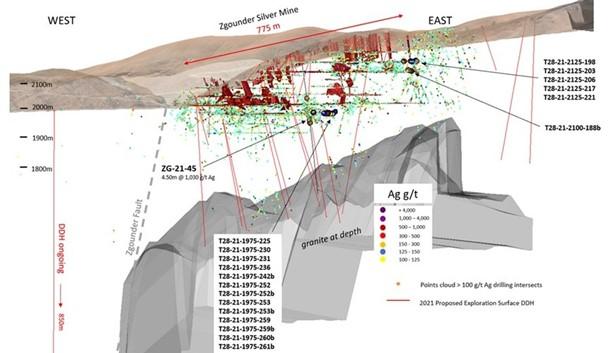 Figure 1: Location of DDH Results at Zgounder from Surface and Underground Drilling as per Appendixes 1 & 2

For core drilling, all individual samples represent approximately one meter in length of core, which is halved (1.2m length for T28 percussion samples). For core material, half of the core is kept on site for reference, and its counterpart is sent for preparation and assaying to African Laboratory for Mining and Environment in Marrakech, Morocco. All samples are analysed for silver, copper, iron, lead, and zinc using Aqua regia and finished by atomic absorption spectroscopy (“AAS”). Samples grading above 200 g/t Ag are reanalysed using fire assaying.