Aya Gold & Silver Inc. (TSX: AYA) is pleased to announce high-grade Ag assay results from its 2021 drill exploration program at the Zgounder Silver Mine in the Kingdom of Morocco.

Drilling continued to expand mineralization at depth, including ZG-SF-21-39 which defined continuous high-grade mineralization below the current mine workings and remains open in both directions (see Figure 1). Holes ZG-21-41 and ZG-21-40 generated 448 g/t Ag over 10.5m and 845 g/t Ag over 6m, respectively, confirming high-grade mineralisation and identifying a new mineralized structure below 2,000m in the Zgounder East Zone. Step-out drilling is planned shortly in this high-potential area, in addition to the target zones below the mine to the granite contact.

Included in this release are results for 7 diamond drill holes (“DDH”), which include three DDH from surface and four underground DDH.

For a full summary of today’s results from the 2021 drill program, refer to Appendix 1 for surface results and Appendix 2 for underground results. 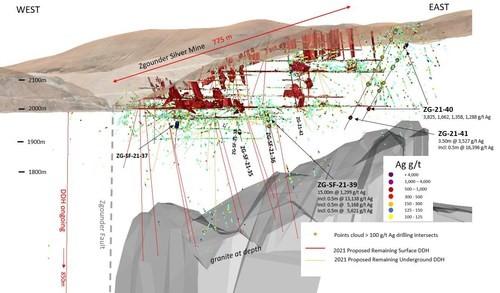 Figure 1: Location of DDH Results at Zgounder from Surface and Underground Drilling as per Appendixes 1 & 2

For core drilling, all individual samples represent approximately one meter in length of core, which is halved. Half of the core is kept on site for reference, and its counterpart is sent for preparation and assaying to African Laboratory for Mining and Environment in Marrakech, Morocco. All samples are analysed for silver, copper, iron, lead, and zinc using Aqua regia and finished by atomic absorption spectroscopy (“AAS”). Samples grading above 200 g/t Ag are reanalysed using fire assaying.