Aya Gold & Silver Inc. (TSX: AYA) is pleased to report new assay results from its 2021 drill exploration program at the Zgounder Silver Mine in the Kingdom of Morocco. Results from 54 holes continue to extend high-grade silver mineralisation along strike to the east and at depth below the current resource.

“Today’s positive results continue to expand known mineralized systems, such as hole ZG-21-36 which confirms the up-dip and on-strike continuity east of the newly discovered eastern zone. The latest results also advance the understanding and mineral potential of the on-strike underground mineralization, particularly at depth to the granite contact. These extensions of mineralized intersections underscore the potential for expanding the mineralized footprint. As a result, we have extended our Zgounder drilling program by 20% to 42,000m into year-end,” said Benoit La Salle, President & CEO.

The 2021 initial drilling program at the Zgounder Silver Mine has been expanded from 35,000m to 42,000m into year-end with the aim of testing new target areas including within the newly discovered eastern zone. Some 39,000m of combined surface and underground drilling have already been completed to date.

For core drilling, all individual samples represent approximately one meter in length of core, which is halved. Half of the core is kept on site for reference, and its counterpart is sent for preparation and assaying to African Laboratory for Mining and Environment in Marrakech, Morocco. All samples are analysed for silver, copper, iron, lead, and zinc using Aqua regia and finished by atomic absorption spectroscopy (“AAS”). Samples grading above 200 g/t Ag are reanalysed using fire assaying. 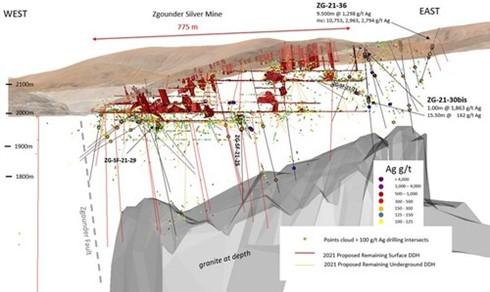 Figure 1: Location of DDH Results at Zgounder from Surface and Underground Drilling as per Appendixes 1 & 2 (CNW Group/Aya Gold & Silver Inc)