AXMIN Reports on Recent Events in the Central African Republic 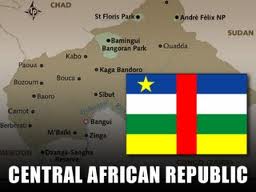 AXMIN Inc. (TSX VENTURE:AXM) announces today that it is closely monitoring the recent political developments in the Central African Republic. On Friday, January 10, 2014, due to intense diplomatic pressure during the Extraordinary Summit of Economic Community of Central African States (“ECCAS”) held in Chad, CAR’s Interim President, Michel Djotodia and Prime Minister, Nicolas Tiangaye, both resigned. The resignations are intended to assist in ending the sectarian strife that has gripped the CAR for the past 10 months.

AXMIN’s permanently stationed Vice President and CAR Country Manager, Mr. Jiang Lifei, reports that AXMIN’s local staff in the CAR is working closely with all stakeholders to ensure the Company is fully updated on what is happening in the country. He has forwarded news reports from the local media that the country’s 135 Parliamentarians have begun the 10-day process of electing a new political leader and have submitted nominations for the CAR’s new Interim President on Wednesday, January 15, 2014. He adds that, at this time, there is an African Union of peacekeeping forces in the country of 3,500, along with 1,600 French troops, with more peacekeepers expected to arrive in the near future. In the meantime, AXMIN will continue to conduct its activities in the CAR in a safe and diligent manner.

AXMIN’s Chairman and CEO, Lucy Yan, comments, “We remain in close contact with our representatives in the CAR and will continue to report any significant developments. AXMIN is confident that our excellent relationship with the local government and CAR Ministers will continue and that we are continuing to monitor the extent of the restoration of peace and stability in the country. The Company remains committed to developing the Passendro Gold Project, which is expected to contribute greatly to the local economy and benefit the Company and our shareholders.”

AXMIN is a Canadian exploration and development company with a strong focus on Central and West Africa. AXMIN is positioned to grow in value as it progresses its Passendro Gold Project towards development and builds on its project pipeline focusing on transitioning from an explorer to producer.